500 Gallons of Water in Every Burger
0 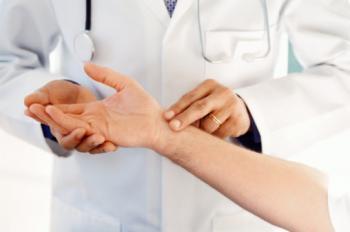 Specifically, the dangers of hypotension rise with the use of blood pressure drugs called calcium-channel blockers together with the antibiotics erythromycin and clarithromycin, the paper, published online on Monday, Jan. 17 in the Canadian Medical Association Journal (CMAJ), noted.

“In older patients receiving a calcium-channel blocker, use of erythromycin or clarithromycin was associated with an increased risk of hypotension or shock requiring admission to hospital,” the study said. It was published on the CMAJ website.

The two types of antibiotics, which are categorized as macrolide antibiotics, are commonly found in brands such as E-Mycin (erythromycin) and Biaxin (clarithromycin). Calcium-channel blockers are also popular blood pressure medicines and, according to Reuters, can be found in the long-term drugs Norvasc, Cardizem, Procardia, Adalat, Plendil, Dilacor, and Tiazac.

The study examined extensive data from people aged 66 and older from 1994 to 2009 who took calcium-channel blockers and were admitted to the hospital for hypotension or shock treatment. Of the 7,100 older adults who were hospitalized, 176 were found to have also been taking a macrolide antibiotic, which researchers deemed a significant risk factor.

The two macrolide antibiotics in the study—erythromycin and clarithromycin—hamper an enzyme crucial to the calcium-channel blockers’ function.

The increased risk in hypotension and shock "happens because of the interference with an enzyme that metabolizes the calcium blocker," Dr. Barry Materson, professor of medicine at the University of Miami Miller School of Medicine, told HealthDay.

The study’s authors said that the hazard of mixing the two types of drugs is avoidable.

"Doctors should be aware of the risk, and know that there is an alternative out there," Dr. David Juurlink of the Institute for Clinical Evaluative Sciences in Toronto and senior researcher of the study, told Reuters.

"If you have to prescribe a macrolide antibiotic to someone on a calcium channel blocker, it makes sense to give azithromycin," a macrolide which was not found to react negatively with calcium-channel blockers in the study, Juurlink added.