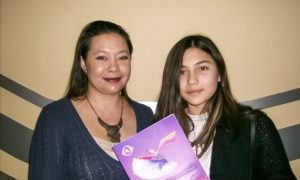 After Waiting 1 Year to See Shen Yun, 'It was more than I expected'
0
Share Now
TelegramFacebookTweetEmailTellMeWeReddit
Copy Link
US News

Another manufacturer of valsartan announced on Dec. 31 that it’s recalling 80 lots of tablets due to a detection of a carcinogenic substance.

Valsartan is used to treat high blood pressure and other heart issues. A large recall of valsartan medication was prompted in July after cancer-causing impurities were discovered in a batch made by a Chinese firm. Since then, other companies around the world, including in India and the United States, have issued recalls of valsartan and other blood pressure medication.

The Dec. 31 FDA notice said that “trace amounts of an unexpected impurity” were discovered “in the finished drug product.”

And according to the FDA, “The impurity detected in the finished drug product is N-nitrosodiethylamine (NDEA), which is a substance that occurs naturally in certain foods, drinking water, air pollution, and industrial processes, and has been classified as a probable human carcinogen as per International Agency for Research on Cancer (IARC) classification.”

Aurobindo Pharma said it has not received any reports of “adverse events” in connection to the recall.

Patients are urged to contact their doctor or pharmacist if they wish to discontinue taking valsartan over the recall.

The valsartan pills from Amlodipine were distributed via Aurobindo Pharma USA, Inc., noted the FDA.

Any questions regarding the return of the drug should contact Inmar\CLS-Medturn at 1-877-208-2407 or email rxrecalls@inmar.com.

More than a week ago, Torrent Pharmaceuticals Limited said it is voluntarily recalling two lots of Losartan potassium tablets, used to treat high blood pressure (hypertension), after traces of N-nitrosodiethylamine (NDEA) were discovered. NDEA is a known cause of cancer and occurs naturally in “certain foods, drinking water, air pollution, and industrial processes, and has been classified as a probable human carcinogen,” the FDA stated. The active pharmaceutical ingredient, which contains the NDEA, was manufactured by Hetero Labs Limited.

A month ago, the FDA post an update about its ongoing recall of heart and blood pressure medication due to impurities that could cause cancer.

It said Mylan Pharmaceuticals “is expanding its voluntary recall to include all lots of non-expired valsartan-containing products due to trace amounts of N-Nitrosodiethylamine (NDEA) in the valsartan active pharmaceutical ingredient (API) manufactured by” by Mylan Inc.

They were distributed across the United States from March 2017 until November 2018, the FDA said.

Zhejiang Huahai Pharmaceutical was also placed “on import alert” by the FDA earlier this year due to impurities in valsartan, another blood pressure medication.

The valsartan recall was first initiated in July after N-Nitrosodimethylamine (NDMA) was discovered in the drug. NDMA is also a known carcinogen. Other investigations triggered recalls of other valsartan-containing drugs along with irbesartan- and losartan-containing products, the FDA said.