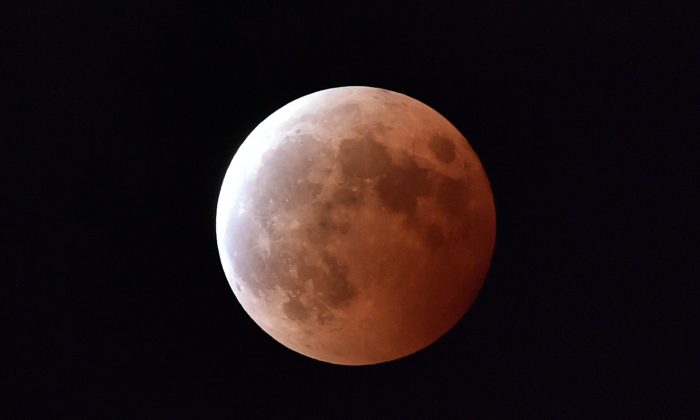 Blood Moon Live Stream, Time, Date: When is the Full Moon this Weekend?

A total lunar eclipse is taking place this Saturday, April 4, and it’s also known as the “Blood Moon.”

According to Earthsky.org, “Depending on the algorithm being used, the April 4 lunar eclipse can be regarded as a very shallow total lunar eclipse or a very deep partial lunar eclipse,” meaning that it’s classified as a Blood Moon.”

The April 4 eclipse counts as the third in a series of four eclipses, called the lunar tetrad. The first one was April 15, 2014, and the second took place October 8, 2014. After this Saturday’s eclipse, the fourth one is September 28, 2015.

So, what’s the deal with the moniker “Blood Moon”? It’s because sometimes full moons can look brownish, orange, or red–but the exact reason for calling a tetrad eclipse a Blood Moon hasn’t really been determined, according to Earthsky. It’s likely that recent speculation on Biblical prophecies has to do with it.

“To the best of our knowledge, however, the use of the term Blood Moon to describe a lunar tetrad is of recent origin. It might have originated with John Hagee’s 2013 book” about the Blood Moon prophecy, it says. “We’re still not sure whether Blood Moon pertains to the full moon of any tetrad, or specifically to a tetrad that coincides with the feasts of Passover and Tabernacles.”

The moon will likely glow orange or red this time around. “Most of the Moon is sure to glow some shade of intense orange or red. That red light shining onto the Moon is sunlight that has skimmed and bent through Earth’s atmosphere: that is, from all the sunrises and sunsets that ring the world at any given moment,” according to Sky and Telescope.

The Blood Moon will be visible in the U.S., NASA said.

“The most unique thing about the 2014-2015 tetrad is that all of them are visible for all or parts of the USA,” said longtime NASA eclipse expert Fred Espenak in a post on the agency’s website last year.

This moon is also called the Pink Moon–the full moon that appears in April. It came from the herb moss pink–or wild ground phlox.