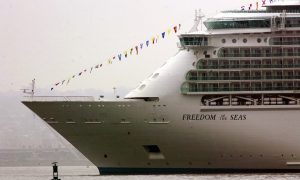 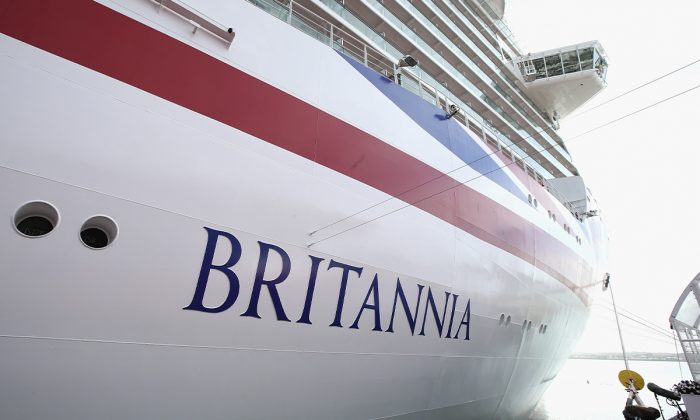 ‘Blood Everywhere’ as Fight Breaks out on Cruise Ship, Injuring 6

Six people were injured during a brawl that broke out on a cruise ship as it sailed to Southhampton, U.K. from Norway on July 26.

The fight reportedly started after a man dressed as a clown offended another passenger with his attire aboard P&O’s Britannia, a witness told cruise ship staff, according to journalist Richard Gaisford, who was on the boat.

The incident took place at the buffet in the early hours on Friday, in which plates and furniture were used as weapons, according to the Good Morning Britain chief correspondent. The three men and three women assaulted during the brawl suffered “significant cuts and bruises,” police said, reported the BBC.

A 43-year-old man and 41-year-old woman, both from Chigwell, Essex, have been arrested for assault, the news outlet reported.

“There was blood everywhere”. Violent late night brawl in the buffet onboard @pocruises Britannia left staff who intervened injured, as passengers used furniture and plates as weapons. Witnesses told me they were so frightened they had to hide, as family groups fought.

“There was blood everywhere. Violent late night brawl in the buffet onboard @pocruises Britannia left staff who intervened injured, as passengers used furniture and plates as weapons. Witnesses told me they were so frightened they had to hide, as family groups fought,” Gaisford wrote in a series of Twitter posts on July 27.

The cruise left to Southampton on Thursday, July 25, following a weeklong cruise to ports in Norway.  The fight broke about approximately 12 hours after departing the dock, according to Gaisford, who said he became aware of the incident when a 2 a.m. announcement alerted security to go to the restaurant on the 16th floor.

One witness, part of a group involved in the trouble, explained to staff that things kicked off when another passenger appeared dressed as a clown. This upset one of their party because they’d specifically booked a cruise with no fancy dress. It led to a violent confrontation.

The fight allegedly started when a party became upset at a man dressed as clown because they had booked a cruise that specifically did not allow costumes. Gaisford reported that the buffet area was sealed off and those behind the violence were confined to a cabin until the ship docked in Southampton, where police then took them into custody.

“There was a person dressed as a clown and this upset the other passengers,” a woman who works as an entertainer aboard the cruise, told The Sun. “Things got out of hand very quickly, people had been drinking, and there was a fight. Chairs and plates were being thrown, people were very angry,” the woman, who was not named, said.

“It was shocking to see and some of the staff and passengers were scared and had to hide.”

The buffet area was immediately sealed off as medical teams went to help the injured. Staff told me they’d never experienced anything like it and those behind the violence were confined to a cabin for the last day of the cruise, waiting for police here in Southampton.

A spokesperson for P&O Cruises released a statement: “Following an incident on board Britannia on Thursday evening we can confirm that all guests have now disembarked and the matter is now in the hands of the local police.”

On Sunday the company also clarified that there was no man dressed as a clown on board, and Hampshire Police, who are investigating the situation, also confirmed the same, according to Sky News.

Hampshire Police said according to the outlet: “There was no clown on board or involved in this incident. Officers are investigating following reports of a public order incident on board P&O’s Britannia. If anyone has any information, including phone footage of the incident, they should call Hampshire Constabulary on 101 quoting 44190262605.”

The police took a man, 43, and a woman,41, both from Chigwell, Essex, into custody when the ship arrived in Southhampton around 6:45 a.m., according to Sky News and the Daily Mail. They were released from custody on Sunday, but both remain under investigation.