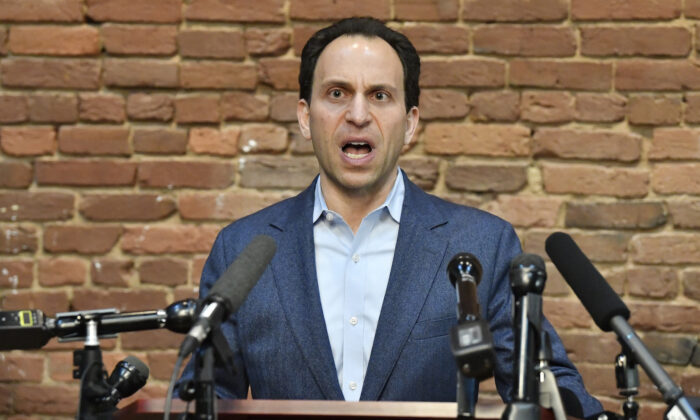 A former Black Lives Matter activist and candidate for Louisville’s metro council in Kentucky has been charged with attempted murder after allegedly opening fire at a mayoral candidate, police said on Tuesday.

The suspect, who was raised in west Louisville, pleaded not guilty at an arraignment on Tuesday and his bond was set at $100,000. A judge ordered him not to have contact with the alleged victim, Craig Greenberg, a Democrat running for Louisville mayor, or his campaign staff.

“The gunman stood in the doorway as he fired the shots, and one of my teammates was standing to the side of the door and was able to get the door slammed, and then he and other teammates that were closer to the door just threw tables and desks to barricade us in,” Greenberg, whose shirt was grazed by a bullet during the incident, said at a press conference on Monday.

“I’m very fortunate to have a great team of brave people who responded in that way,” he added. “It all happened so quick—but it’s a very surreal experience.”

Investigators said Brown appears to have acted alone and the motive remains under investigation. He was arrested a short time after the shooting less than a half-mile from the scene. He was carrying a loaded 9mm magazine in his pants pocket and had a drawstring bag with a handgun and additional handgun magazines, according to police.

Brown, a social justice activist, used to write columns in The Courier-Journal on matters of race. He had also previously called in his columns to “defund the police,” calling law enforcement officers “the original slave catchers.”

“The demand is, we want to take money away from the police. What do we do with that money? We want to see less officers. We want to see less money in their budget,” Brown previously said in a report posted on Louisville.com. “Defunding the police is our first step toward dismantling everything that was rooted in slavery. Because they’re the original slave catchers,” he went on to say.

“This is our reality. All of these kids are gone,” he said in the post.

“Gun violence reveals the interconnected nature of our reality,” he added “What affects one directly, affects all indirectly. Especially in our segregated conditions.”

In December, Brown announced on Twitter that he was running for the Louisville Metro Council District 5 seat. He also disappeared for about two weeks last summer. After he was found safe, his parents issued a statement asking for patience and privacy while they attended to “Quintez’s physical, mental and spiritual needs,” The Courier-Journal reported.