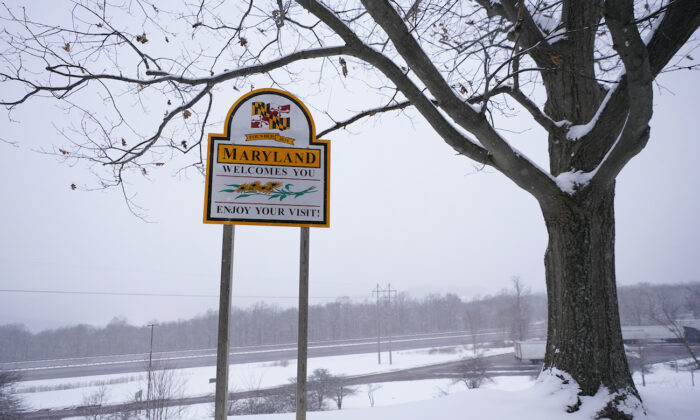 A powerful winter storm sweeping up the U.S. east coast has prompted blizzard warnings in several states and is expected to affect more than 10 million people who are being advised to prepare for coastal flooding, heavy snow that could significantly reduce visibility, and high winds that could cut power and bring down tree branches.

Airlines have canceled more than 5,000 flights scheduled to leave from Friday to Sunday, according to FlightAware, a flight-tracking service. More than 8,500 flights were delayed.

With blizzard warnings currently in effect this evening from Maryland to Maine, including east-central Long Island and the Boston metro area, here are some key facets and conditions expected over the course of the next 2 days near the Northeastern Seaboard. #WeatherSafety pic.twitter.com/8wkjzNUmBL

The governors of Rhode Island, Connecticut, New York, New Jersey, Delaware, Maryland, and Virginia declared states of emergency on Friday in preparation for the storm.

New York Gov. Kathy Hochul’s office said parts of Long Island are expected to see more than one foot of snow, while parts of New York City and the lower Hudson Valley could see up to 10 inches of snow.

“Winds gusting up to 55 mph at times will likely impact travel in several locations and could potentially cause power outages,” Hochul’s office stated in a release. New Yorkers in these locations were advised to stay off the roads through the weekend to avoid dangerous conditions.

Governors generally advised residents to remain at home and refrain from traveling unless absolutely necessary.

“This is serious. We’re ready for this storm, and we also need Rhode Islanders to be ready,” Rhode Island Gov. Dan McKee said Friday. “The best way to handle this storm is to stay home tomorrow.”

“The key message for all Virginians is to stay aware of the weather conditions and to stay off the roads if possible,” Virginia Gov. Glenn Youngkin said in a statement. “The most important thing everyone can do to minimize the risks is to prepare yourself and your family.”

The storm is expected to become a “bomb cyclone”—a non-technical term used by meteorologists to describe a storm that intensifies rapidly over a 24-hour period.

“The storm is expected to intensify rapidly over the next 24 hours. The pressure is expected to fall around 35 [millibars] by Saturday evening. Meteorologists often refer to this as explosive intensification, which is where the term ‘bomb cyclone’ came from,” announced the National Weather Service late Friday.

According to the weather forecast agency, portions of Massachusetts and Rhode Island are expected to face expressly severe conditions, with total snow accumulations of 18–24 inches with localized 30 inches possible, and wind gusts upward of 60 mph (97 kph).

Washington and Baltimore were forecast to be spared the worst of the snowfall, with only 1 to 3 inches (2.5 to 8 centimeters) and 5 inches (13 centimeters), respectively.

Snow could fall as fast as 5 inches per hour in spots, including Connecticut.

The worst of the storm was expected to blow by Sunday morning into Canada, where several provinces were under warnings.