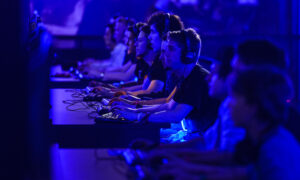 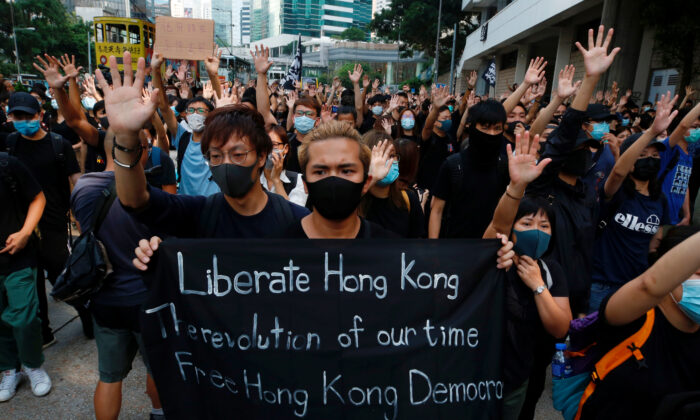 U.S. gaming company Blizzard Entertainment has suspended three more players for expressing support for Hong Kong during an esport competition, a week after it triggered public criticism for punishing a Hong Kong player for similar actions.

Their message was in reaction to Blizzard suspending Hearthstone player Ng Wai Chung, better known as “Blitzchung,” on the same day for shouting a pro-Hong Kong slogan during a post-match interview.

The broadcast cut away from the protest sign after a few seconds.

“Happy to announce the AU Hearthstone team received a six month ban from competition,” 19-year-old Casey Chambers, one of the college players who goes by the moniker “Xcelsior”, wrote in an Oct. 16 tweet, attaching screenshots of the suspension notification from Hearthstone Admin.

The notice said Chambers had violated a rule prohibiting players from engaging in any activity that is “abusive, insulting, mocking, or disruptive.”

The other two suspended players are Corwin Dark, known as “Giant Dwarf,” and Torin Wright, known as “TJammer,” according to CNN.

Hong Kong has become a sensitive topic in mainland China since mass protests broke out in June in opposition to the growing influence of the Chinese Communist Party in the city.

In addition to Blizzard, a raft of foreign companies including Google, Apple, and the National Basketball Association, have become entangled in controversy over the Hong Kong protests, and have drawn criticism for reigning in free speech in an attempt to placate the Chinese regime.

“Every voice matters at Blizzard, and we strongly encourage everyone in our community to share their viewpoints,” the notice from Hearthstone Admin read. It went on to say that the official broadcast needs “to be a place where all are welcome.”

The suspension came almost a week after the demonstration by the three players, who had also forfeited their next game on Oct. 10 because they felt it was “hypocritical” of Blizzard to punish Blitzchung, but not their team, CNN reported.

“While delayed I appreciate all players being treated equally and no one being above the rules,” Chambers said in the tweet.

On Oct. 8, Blizzard initially suspended Blitzchung for a year and stripped him of his prize money for the season for shouting out the protest slogan “Liberate Hong Kong. Revolution of our age” during a post-tournament live interview. The slogan has been popularized during the ongoing pro-democracy protests in Hong Kong.

Amid outcry from employees and players, Blizzard reduced the punishment to six months on Oct. 12 and restored his prize money, which amounted to $10,000.

In response to Blitzchung’s suspension, Hearthstone broadcaster Brian Kibler and Nathan Zamora both stated that they would not be casting at BlizzCon 2019, Blizzard’s annual gaming convention set to take place on Nov. 1 to Nov. 3.

“I will not be a smiling face on camera that tacitly endorses this decision,” Kibler wrote in a statement on Oct. 9.

Another Hearthstone player, William Barton, criticized Blizzard for silencing views deemed offensive to the Chinese regime, saying he supports ”the right of people in Hong Kong and around the world to assemble in protest.”

“I recognize that my decision to speak up may have consequences, but I believe it’s important to stand for what you think is right, and stand for the rights of others when they can’t necessarily do so themselves,” he wrote in an Oct. 10 statement.