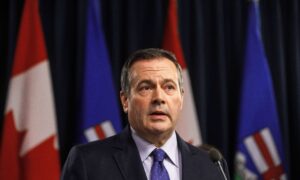 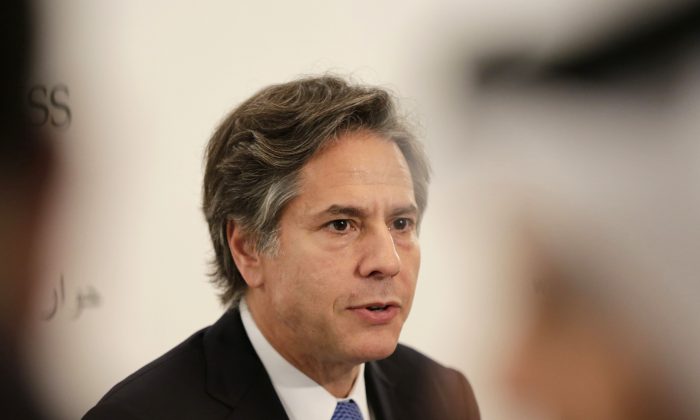 Then-U.S. Deputy Secretary of State Antony Blinken at a press conference on the sidelines of an international security summit in Manama, Bahrain, on Oct. 31, 2015. (Hasan Jamali/AP Photo)
Executive Branch

Secretary of State Antony Blinken made the first calls of his tenure on Jan. 26, speaking with his counterparts in Canada, South Korea, Mexico, and Japan, according to the Department of State.

The U.S. Senate confirmed Blinken earlier the same day. He made the first call to Canadian Foreign Minister Marc Garneau.

According to a readout of the call, Blinken “looks forward to working closely with Foreign Minister Garneau to revitalize our economies and strengthen the broader North American partnership and to address shared challenges, including COVID-19 and climate change, among many others.”

In the call with Mexican Foreign Secretary Marcelo Ebrard, the pair discussed cooperation around the CCP virus pandemic. Blinken also emphasized “our shared interest in security and economic integration, as well as our focus on an orderly and humane approach to migration.”

Blinken, a longtime aide to Biden, was approved by a vote of 78–22 in the upper chamber. His predecessor is former Secretary of State Mike Pompeo.

His confirmation was welcomed by most Democrats and some Republicans, as well as the U.S. Foreign Service political association.

“Leadership of the Department of State, our nation’s oldest cabinet agency, represents a great responsibility,” the American Foreign Service Association (AFSA) said in a statement after he was confirmed. “As we have done for his predecessors, AFSA extends our congratulations and welcome to Secretary Blinken. We wish the secretary and his team the best of luck in the years ahead. AFSA and its members pledge to work alongside them to strengthen the career Foreign Service and protect and enhance the institution that is American diplomacy.”

Blinken, during his confirmation hearing in the upper chamber last week, told senators he would reengage with Congress on key foreign policy initiatives.

Regarding the Chinese Communist Party (CCP), which Pompeo has described as the greatest threat to the United States, Blinken said former President Donald Trump “was right in taking a tougher approach to China.”

“I disagree very much with the way that he went about it in a number of areas, but the basic principle was the right one, and I think that’s actually helpful to our foreign policy,” Blinken said. He didn’t elaborate on what steps he would take to counter the CCP.