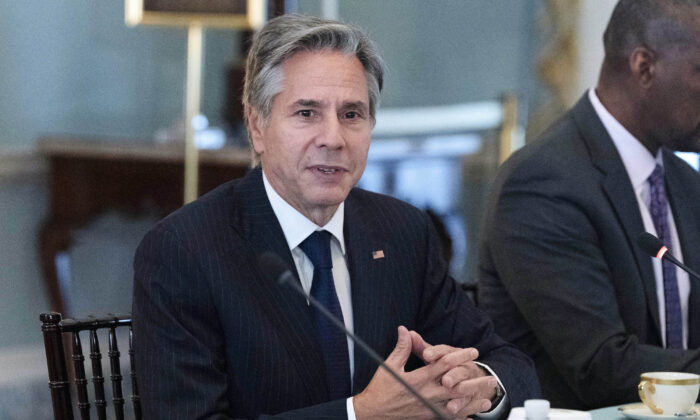 U.S. Secretary of State Antony Blinken on Thursday announced that the United States will send a further $600 million worth of military equipment to Ukraine.

The latest drawdown of U.S. military inventory is the 21st authorized by Blinken since September last year.

“Together with our Allies and partners, we are delivering the arms and equipment that Ukraine’s forces are utilizing so effectively as they continue their successful counter-offensive against Russia’s invasion,” Blinken said in a statement.

The shipment of additional military equipment, arms, and munitions from the U.S. Department of Defense will add to U.S. assets already sent to Ukraine.

“This drawdown will bring the total U.S. military assistance for Ukraine to approximately $15.8 billion since the beginning of this Administration,” Blinken said.

“With admirable grit and determination, the people of Ukraine are defending their homeland and fighting for their future. The United States is providing Ukraine military assistance alongside our Allies and partners from more than 50 countries to support its defense,” Blinken added.

He said that President Joe Biden “has been clear” that the United States will support the people of Ukraine for as long as it takes.

“The capabilities we are delivering are carefully calibrated to make the most difference on the battlefield and strengthen Ukraine’s hand at the negotiating table when the time is right,” he said.

It comes as Ukrainian President Volodymyr Zelenskyy, who regularly calls for stronger support from Western allies, on Thursday spoke of the need for military aid to Ukraine.

“In general, supporting Ukraine with weapons, ammunition and finances is crucial for peace in Europe. The better support we have, the sooner this war will end,” he said in a statement.

This week two U.S. senators introduced a bi-partisan bill to declare the Russian government a state sponsor of terrorism. This is something called for by Zelenskyy, who has decried the freedom that some Russians have to travel to Europe amid the war.

He noted in a video message that European countries providing visas to Russians don’t know if they’re allowing entry to someone who has committed war crimes against Ukrainians.

Zelenskyy said on Friday that a mass grave had been discovered in the city of Izyum in the Kharkiv region.

“The necessary procedural actions have already begun there. There should be more information—clear, verified information— tomorrow,” he said.

“Tomorrow there will be Ukrainian and international journalists in Izyum. We want the world to know what is really happening and what the Russian occupation has led to. Bucha, Mariupol, now, unfortunately, Izyum … Russia leaves death everywhere. And it must be held accountable for that.”

During a press conference while in Mexico on Monday, Blinken praised Ukraine for making “significant progress” against Russian forces in the country’s northeast. He said this was aided by U.S. support and “the extraordinary courage and resilience of the Ukrainian armed forces and the Ukrainian people.”