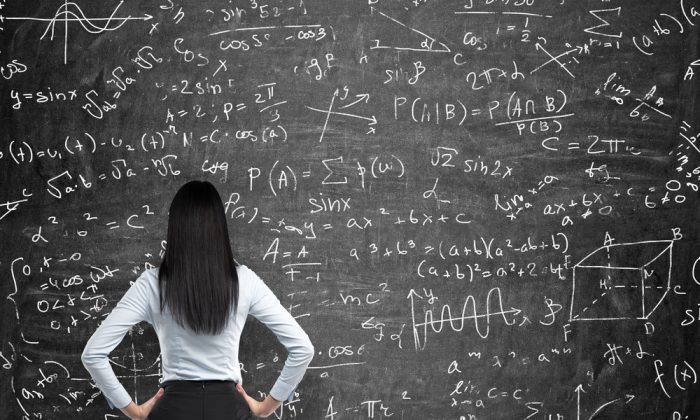 Blind People Do Math in the ‘Visual’ Cortex

People blind from birth appear to do math in a part of the brain typically devoted to vision, a study finds.

Researchers using functional MRI watched the visual cortex in the brains of congenitally blind people as they solved algebra problems in their heads.

The visual cortex didn’t merely respond, the researchers say. The more complicated the math, the greater the activity they saw in the vision center. The same did not happen in the brains of sighted people who—with masks covering their eyes—did the same math exercises as the blind subjects.

It has been thought that brain regions, including the visual cortex, have entrenched functions that can change slightly, but not fundamentally, says Marina Bedny, an assistant professor of psychological and brain sciences at Johns Hopkins University and a coauthor of the study.

The new findings, published online by the journal Proceedings of the National Academy of Sciences, support more recent research showing just the opposite may be true: The visual cortex is extremely plastic and, when it has no visual signals to process, can respond to everything from spoken language to math problems.

“If we can make the visual cortex do math,” Bedny says, “in principle, we can make any part of the brain do anything.”

The brain as a whole may be extremely adaptable, Bedny says, almost like a computer that—depending on what data are coming in—can reconfigure to handle almost limitless types of tasks. It could someday be possible to reroute functions from a damaged area to a new spot in the brain, Bedny says.

The study contradicted conventional wisdom in another way, says lead author Shipra Kanjlia, a graduate student in psychological and brain sciences. Humans as young as babies have a basic number sense: “My dish has more carrot sticks than apple slices,” or “This picture has more dogs than cats.” Many believe this number sense evolves from seeing the world and trying to quantify all the sights. But seeing has nothing to do with it; the study showed that the brain network behind this sort of numerical reasoning is identical in blind and sighted people.

“The number network develops totally independently of visual experience,” Kanjilia says. “These blind people have never seen anything in their lives, but they have the same number network as people who can see.”

Johns Hopkins and the National Science Foundation supported the research.