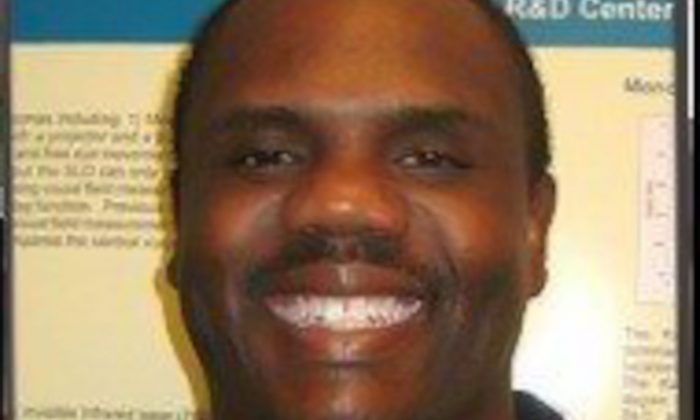 Vincent Martin will be the first totally blind person to get a Masters degree from Georgia Tech's College of Engineering. He went blind at age 21, won medals in the paralympics, and is an expert at assistive technology. (Courtesy of Vincent Martin)
US

ATLANTA—When former pentathlon competitor Vincent Martin walks across the stage to get his Master’s diploma at top-tier Georgia Tech on May 3, it will be part of another grueling multi-event race. Martin is completely blind and about to graduate from the College of Computing in the School of Interactive Computing.  He already had multiple degrees.

“What I needed was never provided,” said Martin. He has one more project to complete, and expects to finish it by the end of May with the right help from the university.

Though other blind students have graduated from Tech, most have partial sight and most pursue liberal arts subjects, he said. Martin is totally blind. He laughed and said, “Low vision and totally blind, we like to say, are like night and day.”

Matthew Nagel, director of Media Relations & Issues Management at Tech, said other blind students have graduated from the university, and because they do not track degrees of blindness, the school can’t confirm that Martin is Tech’s first totally blind engineer. Nagel said he does not know the details of the ADA accommodations Tech made for Martin.

Tech coursework includes a lot of math and spatial modeling. Print formats are no use to totally blind people, though people with low vision can use Kurzweil machines to magnify print. They need websites and textbooks that are readable by machines that speak. They need classroom note takers and tactile models. For his field, Mathematical Markup Language, or MathML is essential for a blind person, yet it was not available to him, according to Martin.

The most telling experience was what it took for him to complete his application for the PhD program, he said. The application was not in an accessible format. “I got accepted last week. It took 32 hours, ten days, and four different people helping me” to fill out the application. Most help came from his wife and his nephew.

The website of the Georgia Tech Office of Disability Services has no button to click for visually impaired people. The application for disability accommodation is a nine-page PDF—unusable by a blind person. The screen captcha at the end of a “contact us” form on the school website only has a visual image, no audio option.

A petition “Tell Georgia Tech to Support Its First Totally Blind Graduate Student All the way to Graduation” had nearly 5,000 signatures by April 29.

Speaking of trying to get the accommodations mandated by the Americans With Disabilities Act (ADA), Martin said, “I’m not frustrated. I’m determined.”

The ADA is a federal civil rights law, frequently ignored and misunderstood, according to Martin.

Since he went blind at age 21 from an inherited eye disease, he has worked to make life better for other blind people. “The only thing I’m concerned about is doing the right thing. I go through this to clear the way for others,” he said.

According to an email from Valerie Meadows Suber, public information director for the Georgia Council On Developmental Disabilities, Martin is an extraordinary mentor and coach to other blind people. “He ushered me through that very narrow transition from a person who, like most of us who can, relied totally on eye-sight for almost everything, to a person who, despite vision loss, still enjoys a full range of personal fulfillment and professional success through a level of proficiency and the magic of assistive technology.” He taught Suber how to use assistive technology at the Center for the Visually Impaired in Atlanta.

In 2001 he joined Martin v MARTA, a class-action suit requiring Atlanta’s public transportation agency to make its services fully accessible to people with disabilities. He and others had asked for Braille schedules, for courteous treatment, and for machine-readable schedules on the MARTA website among other things. “It’s just simple solutions,” he said. The agency balked, but “a lawsuit always costs more than accommodation.”

MARTA lost. “The thing is if they had done it before it would have cost 1/20 of what the lawsuit cost. When organizations don’t know what to do, the first impulse is to circle the wagons,” Martin said.

Martin is an expert in assistive technology, a long time health-research scientist at the Veterans Affairs Medical Center in Atlanta. He came to Tech to get his PhD at the urging of his supervisor at the VA.

When he walks to get his diploma May 3, he and his guide dog, Karson, will both wear mortarboard graduation caps, he said.