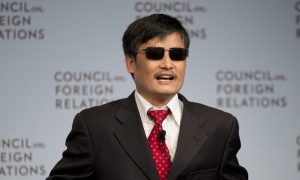 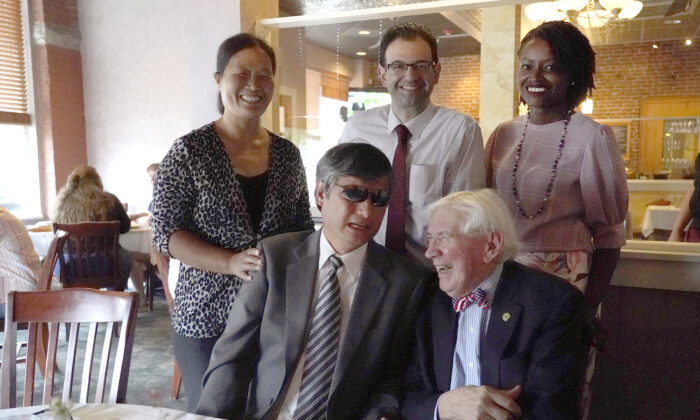 Blind Chinese Dissident Who Escaped in 2012 Now a US Citizen

A blind Chinese dissident who escaped to the United States in 2012 is now an American citizen.

Chen Guangcheng, speaking through a translator, said in an interview with The Associated Press last week he was “very grateful that America, this free country, has welcomed us.”

Chen met with members of his legal team July 8 in Manchester, New Hampshire, to celebrate. He became a U.S. citizen in Baltimore on June 21.

“It’s a long journey from being under house arrest in China to being a U.S. citizen. It took 15 years,” said George Bruno, former U.S. ambassador to Belize and one of Chen’s lawyers.

An international symbol for human dignity after running afoul of local government officials for exposing forced abortions carried out as part of China’s one-child policy, Chen was subjected to years of persecution and illegal detention for advising villagers on how to counter official abuses.

After serving four years in prison on what supporters called fabricated charges, Chen was kept under house arrest until escaping in 2012, dodging a security cordon around his home in east China’s Shandong province and placing himself under the protection of U.S. diplomats.

Chen’s 2012 flight to the U.S. Embassy in Beijing sparked a six-day diplomatic tussle between the U.S. and China, threatening to derail then-Secretary of State Hillary Clinton’s strategic talks intended to build trust between the world’s superpower and its up-and-coming rival.

Last year, Chen addressed the Republican National Convention, where he called on other countries to support President Donald Trump in leading a coalition to “stop China’s aggression.”

Chen, 49, a visiting fellow at Catholic University of America, said he hopes America “will stand by the Chinese people” against the Communist Party.

“The human rights situation is getting worse and worse,” he said. “As people in China are more aware of their rights as they get more information online, and have more demand for their rights, the Communist Party is becoming more and more worried about losing their control and power, and that results in them using more and more force to suppress the people to protect the control of the power.”

A spokesperson for the Chinese Embassy in Washington did not respond to a request for comment.

Chen also said the United States needed to take a harder line with the Chinese Communist Party, or the CCP, and “give up on the appeasement policy.”

“If we only negotiate with the [CCP], they will not be afraid. The [CCP] has always been unreasonable and arbitrary.”