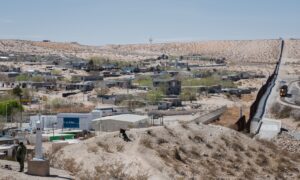 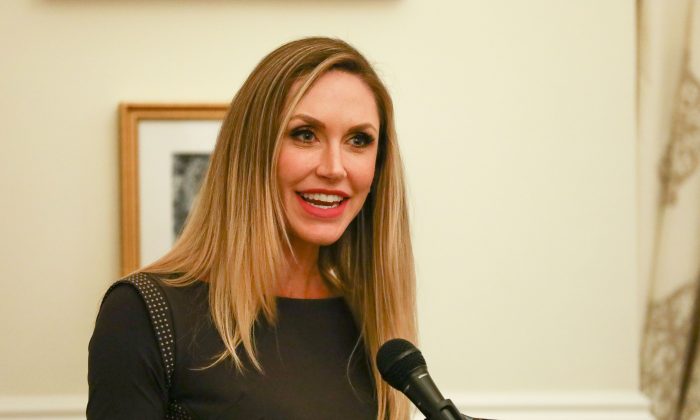 “How absolutely ridiculous,” Lara Trump told Fox News on Monday night. “Donald Trump was the first person … to finally call out—remember whenever he announced he was running for president—this problem. No one had addressed it for so long, and Donald Trump actually did.”

President Trump promised he would build a wall and make Mexico pay for it when he announced to run for the presidency on June 16, 2015. It’s estimated that Trump had built about 450 miles of wall before he left office.

Trump’s immigration policies, especially the Migrant Protection Protocol (MPP) program, have been touted as the most effective measures to deter illegal border crossings and meritless asylum claims. But President Joe Biden rescinded a series of Trump-era policies starting on Jan. 20, including the MPP.

“Under Donald Trump, we had the most secure borders we had in America in decades,” Lara Trump continued. “So for anyone to suggest that this was caused by Donald Trump is absolutely ridiculous.”

Department of Homeland Security (DHS) Secretary Alejandro Mayorkas and other prominent Democrats such as Speaker Nancy Pelosi notably blamed Trump recently for the massive surge of illegal immigrants at the southern border.

“Please remember something: That President Trump dismantled the orderly, humane, and efficient way of allowing children to make their claims under United States law in their home countries,” Mayorkas said on Sunday.

Pelosi claimed on Mar. 14 that the “humanitarian challenge” at the border was because the Biden Administration inherited a “broken system.”

“I’ll tell you who caused it: Joe Biden,” Lara Trump said, pointing out that Biden promised to open borders during his campaign trail.

“We immediately surge to the border—all those people are seeking asylum, they deserve to be heard. That’s who we are. We’re a nation who says if you want to flee, and you’re fleeing oppression, you should come,” Biden said in the Democratic presidential debate in September 2019.

In February, Border Patrol apprehended more than 100,000 illegal border crossers, almost triple those of last February, according to Customs and Border Protection (CBP).

The Biden Administration has refused to call the spike a “crisis,” only acknowledging it as a “big problem” or “an enormous challenge.”

Lara Trump also criticized the media focused on Melania Trump’s jacket instead of the visit itself when she visited the border in June 2018.

The former First Lady visited the border wearing a jacket emblazoned with the words “I really don’t care, do you?”

Lara Trump pointed out that Biden hasn’t visited the border since he was elected.

Biden said on Sunday that he would visit the U.S. southern border “at some point.”

Lara Trump also admitted she’s considering running for Senator, but “it’s a big decision” and “a lot to decide.”

“I think that I got a pretty good sense of what I would be in for if I did decide to run for that seat,” Lara Trump said.