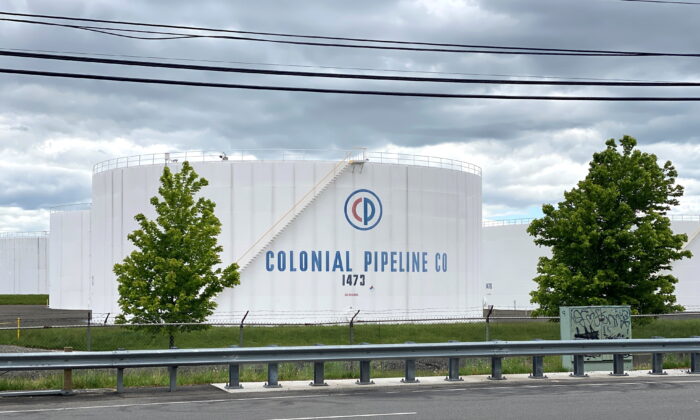 The Biden administration claims that Russia and Russian-based hackers are responsible for recent ransomware attacks on major American industries. Maybe they are, but there’s no good reason to believe it.

After U.S. spy services, private cybersecurity firms, and the press falsely attributed the 2016 hack of Democratic National Committee emails to Russia, the national security establishment has forfeited the confidence of the American public.

Last month, hackers shut down Colonial Pipeline, which affected gasoline supplies in 11 states and the District of Columbia. Colonial reportedly paid the hackers, an affiliate of a Russia-linked cybercrime outfit, a $4.4 million ransom. Last week, the world’s largest meat processing company, JBS, had to shut down all nine of its U.S. plants after it was hacked. The culprit, according to the FBI, was another Russia-linked group.

These hacks follow much larger cyberattacks on SolarWinds that also penetrated the information technology firm’s clients, such as the Departments of Treasury, Energy, State, Defense, and Homeland Security, as well as private companies, such as Microsoft, Cisco, Intel, and the California Department of State Hospitals. In April, the Biden administration announced that the intelligence community attributed, with “high confidence,” the hack to Moscow’s foreign intelligence service.

According to the White House, President Joe Biden intends to raise the issue of cyberattacks with Russian President Vladimir Putin when they meet for their mid-June summit.

But if Biden actually does take it up with Putin, it will be hard for the Russian leader to keep a straight face. U.S. officials from the Obama administration, in which Biden was the second-most senior official, made a habit of blaming Putin for everything, including a cyberattack on the Democratic National Committee that exposed emails embarrassing for the party’s 2016 candidate, Hillary Clinton.

In June 2016, The Washington Post was the first media outlet to report that Russian hackers had penetrated the DNC’s computer network. The claims of Russian hacking were made public by CrowdStrike, a private cybersecurity firm that was hired by the Clinton campaign’s lawyers, Perkins Coie. When WikiLeaks published DNC emails in July of that year, the Clinton campaign told reporters that the Russians had stolen them in order to help Trump.

It’s important to note two key details. First, the claim the Russians had stolen the emails was based only on CrowdStrike’s assessment that Russian hackers had penetrated the network. Neither the FBI nor any other U.S. agencies were granted access to the DNC’s servers. Second, the same firm that brought on CrowdStrike also hired Fusion GPS to compile the salacious and unverified dossier alleging that Trump had been compromised by senior Russian officials, including Putin himself. In short, the narrative that Russia targeted the Clinton campaign to help Trump was seeded by Clinton campaign contractors.

However, it was senior U.S. officials in the Obama administration who furthered the narrative for the purpose of delegitimizing Trump’s presidency. CIA Director John Brennan, for instance, was instructed by President Barack  Obama to produce an intelligence community assessment that found Putin “aspired to help” Trump by discrediting Clinton. The assessment was made in “high confidence”—the same level with which U.S. spy services assess that Russia is behind the SolarWinds hack.

Even the current president helped reinforce the Trump–Russia narrative. According to government documents, then-Vice President Biden told the FBI that Trump’s national security adviser Michael Flynn might have broken the law by speaking on the phone with the Russian ambassador to the United States.

As we now know, thanks to notes Brennan took in a meeting with Obama, the Trump–Russia narrative was a Clinton campaign ruse to smear the Republican candidate. Everything was invented to damage Trump, even the claim that Russia had stolen the DNC emails. As CrowdStrike executive, and former FBI agent, Shawn Henry said under oath during December 2017 congressional testimony, there was no hard evidence the emails were stolen, not by Russia nor by anyone for that matter.

CrowdStrike appears to have benefited from its involvement in Russiagate. Last week, it posted a 400 percent earnings growth, outpacing Wall Street’s expectations. The recent rash of ransomware attacks has no doubt contributed to the success of cybersecurity firms, and CrowdStrike, given the publicity it won as part of a Democratic Party information warfare campaign, seems to have been well-positioned to profit.

Biden, however, approaches this month’s meeting with Putin in a precarious position. Allied and adversarial foreign intelligence services know the role that America’s commander-in-chief played in delegitimizing his predecessor. Further, it has become increasingly difficult to trust U.S. spy agencies that suicided themselves on the rocks of Russiagate. If Biden really means to challenge Putin on cyberattacks, it will be the diplomatic equivalent of brandishing a water pistol.

But the biggest loser of course is the American public, betrayed by their elected officials and the agencies tasked to protect the country from foreign subterfuge. The lies they peddled for political gain have made us vulnerable to the designs of hostile actors and incapable of truly discovering their identity. It is as if our leadership had locked us in a dark room alone. It isn’t just Trump supporters but all Americans who will be paying the price for Russiagate for many years to come.