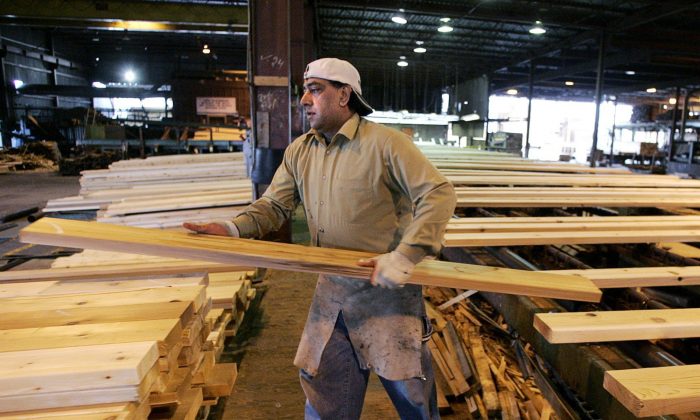 VICTORIA—Officials in Canada and the United States appear to have resumed the acrimonious softwood trade dispute just where they left off in 2006—with both sides blaming each other for failing to kick-start negotiations.

A British Columbia government official said Tuesday, Oct. 14, that the Americans have ignored Canada’s offers to renew or renegotiate the trade agreement.

But the U.S. Lumber Coalition, which represents American producers, said in a statement that Canada has been unwilling to begin talks.

“If Canada continues to stay away from the negotiating table, the United States industry will eventually have no choice but to use our rights under U.S. trade laws to offset the unfair advantages provided to Canadian industry,” said Charlie Thomas, a Mississippi lumber producer, in a coalition statement.

Nobody from the coalition was immediately available for comment. The agreement expired Monday.

The B.C. official said Canada indicated it was interested in extending or renewing the existing softwood lumber agreement but has yet to receive a response. The official said it appeared the Americans were focused on other trade deals, including the recent Trans-Pacific Partnership.

“We think it’s incumbent on both governments to engage in discussions as soon as possible,” she said. “We need to find a way forward for certainty on both sides of the border.”

We think it’s incumbent on both governments to engage in discussions as soon as possible.
— Susan Yurkovich, BC Lumber Trade Council

B.C. Premier Christy Clark told the legislature last week the Americans have refused to negotiate despite two years of requests. She said her first topic of discussion with Canada’s prime minister after next week’s federal election will focus on the importance of a renewed lumber deal.

The 2006 agreement was reached to regulate Canadian softwood exports to the U.S. It ended five years of court battles and returned $4 billion in duties collected by the U.S. on Canadian producers, more than half of which—$2.4 billion—was returned to B.C. companies.

The lumber coalition said in its statement that the 2006 softwood agreement is outdated and the alliance of large and small American lumber producers intends to work with its federal government to reach a new deal.

The expired agreement includes a standstill clause that prevents the U.S. from launching any trade action against Canadian producers for one year.

Yurkovich said the expired deal means dropped export duties on Canadian lumber, but she warns the Americans could be watching for price shifts and use any market changes to influence future negotiations.