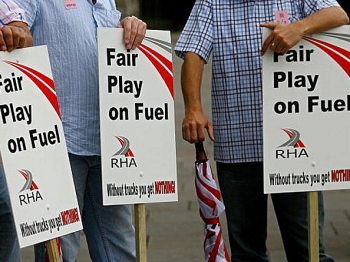 Who’s to Blame for the High Price of Oil?

Don't blame OPEC, the oil companies, George W. Bush, or the Iraq War for our runaway oil prices. Some experts suggest that people who don't use oil at all—speculating investors—are the ones steering oil prices.

Crude oil is edging toward $150, more than twice the price per barrel from twelve months ago. U.S. lawmakers have recently pinned the blame for high crude prices on speculators—investors who buy oil futures betting that oil prices would continue to climb.

Experts at Moody's believe that of the price for oil, around $30 is due to speculation.

Are the speculators causing oil prices to climb, or are they merely riding the inevitable trend upward?

"[I] regard the people buying oil as geniuses," Cramer said on a recent "Hardball" edition.

"They're not speculating. They hit upon the right commodity and they made the right bet, which is that we're running out of oil," Cramer said. "These guys are worth maybe two, three bucks to the price of oil."

But lawmakers have a point. Over 70 percent of people who trade crude oil futures on the New York Mercantile Exchange do not physically settle their positions—meaning they will not take physical possession of a barrel of oil when the future settles.

Let's take a look at the trading volume of the United States Oil Fund LP (AMEX: USO), an ETF that tracks bundled barrels of oil. A year ago, daily volume average around 2.3 million trades a day. Last week's daily volume hovered between 13 to 20 million trades.

That's an important observation. It means that most people who buy oil contracts have no use for it—they're only in the market to profit from the gains (or losses) of oil prices.

Why the buying frenzy? One, because prudent investors know that supply of oil will always be less than demand, and two, oil futures are a popular hedge (protection) against a weakening U.S. dollar.

Developing countries such as China and India historically have never consumed this much oil. With the unrest in the Middle East (Iran and Iraq) and Africa (Nigeria) still unresolved, OPEC has become somewhat powerless in controlling oil supply.

As for hedging, there's just no better protection against the weak dollar than oil.

An investor or corporation holding assets in U.S. dollar would buy oil futures—since a barrel of oil is denominated in dollars—to protect against a drop in value of the dollar. If the value of a dollar indeed declines, it would take more dollars to buy a barrel of oil, and the oil future contract would consequently go up in value.

It's no wonder then, how the average crude oil prices have shot up 410 percent since July 2002.

Jim Cramer is right. These people are geniuses, and they've made a very good bet. But in my opinion, their impact on oil prices is a lot more than "two to three bucks."