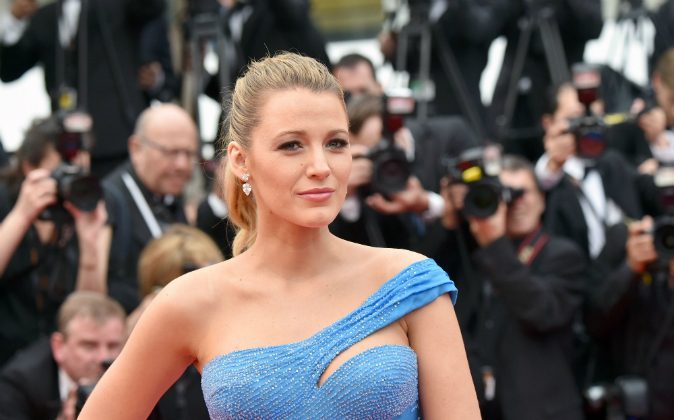 US actress Blake Lively arrives on May 14, 2016 for the screening of the film 'The BFG' at the 69th Cannes Film Festival in Cannes, southern France.(ALBERTO PIZZOLI/AFP/Getty Images)
Entertainment

Blake Lively set Instagram aflame when she uploaded a photo of herself at the Cannes Film Festival in France onto the picture sharing platform. However, it wasn’t the dazzling gold Versace gown that had everyone talking, but the caption that accompanied the photo.

“L.A. face with an Oakland booty,” wrote the 28-year-old expectant mother. The caption is a song lyric from Sir Mix-a- Lot’s hit “Baby Got Back.”

The upload offended some followers, who accused the White actress of dehumanizing the Black woman’s body and appropriating Black culture.

Another day, another rich white woman using WOC’s bodies as a punchline and commodity. As if Blake Lively wasn’t the worst already.

#WhitePrivilege means bragging about your “Oakland Booty” with no empathy for Black Oaklander’s lives, @BlakeLively pic.twitter.com/4LOHsEX4CU

DON’T @blakelively idc HOW gentrified Oakland is becoming, you are not qualified! https://t.co/0jvQpIT8FL

L.A. face with an Oakland booty

she CANNOT be serious pic.twitter.com/XR5mkq7vSV

Other social media users defended the celebrity and indicated those who are offended are being overly sensitive.

Demi Lovato: ‘I have no problem standing up for myself’

@ClaireInglis89 @Choclateshawty @blakelively everything has to be racist nowadays. It’s really sad people are so sensitive hahahaha

Anyone who thinks Blake Lively is racist or misappropriating culture to some other ludicrous crap needs to STFU. The FAUXRAGE is absurd.

People are RIDICULOUS. #BlakeLively is not racist. Her ig caption is a song. For the love of God people, stop pulling the racist card 24/7

It’s ridiculous how in todays society people are so quick to call someone a racist. Damn Blake Lively meant no harm with her pic.

Lively is in Cannes to promote her new Woody Allen film “Cafe Society.”