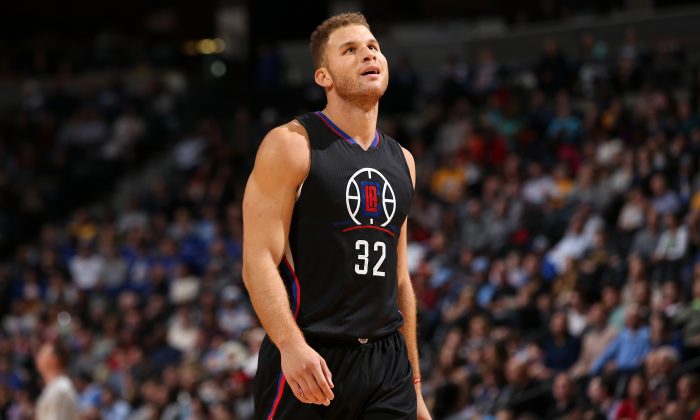 Blake Griffin has been out since Christmas though the Los Angeles Clippers have gone a stellar 11–3 without their five-time All-Star forward. (Doug Pensinger/Getty Images)
NBA

ESPN is reporting that Clippers leading scorer Blake Griffin—who’s been out since Christmas Day with a partially torn left quadriceps tendon—has injured his hand after punching team equipment manager Matias Testi on Jan. 23 at a restaurant during the team’s road trip in Toronto.

According to the report, Griffin punched Testi during an argument in a restaurant. Testi then went outside following the argument and the 6-foot-10-inch Griffin followed him and hit him again.

The punches left Griffin—who, along with teammate DeAndre Jordan, is friends with Testi and has even vacationed with him—with a fracture in his hand and will likely shelve him for 4–6 weeks according to a joinst statement from owner Steve Ballmer and Doc Rivers—the team’s head coach.

Originally, the five-time All-Star was expecting to be back before the end of the team’s current five-game trip—which concludes Wednesday night in Atlanta.

Surprisingly, the Clippers have thrived without their star forward in the lineup. Rivers’ team is 11–3 (through Sunday) since Griffin originally was injured and have moved into fourth-place in the top-heavy Western Conference.