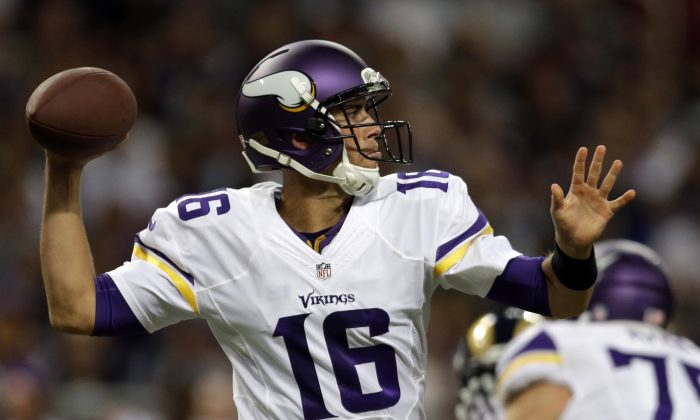 Minnesota Vikings kicker Blair Walsh’s field goal was blocked before the half against the New England Patriots.

A video of the block was captured.

The play put the Patriots-Vikings game at 24-17.

It’s the second time in Walsh’s career he had a field goal block.

Adrian Peterson not at stadium for Vikings game

MINNEAPOLIS (AP) — Adrian Peterson did not accompany the Minnesota Vikings to the stadium on Sunday for the game against the New England Patriots. The star running back is keeping his distance in the wake of child abuse charges that prompted the Vikings to deactivate him for the game.

Peterson was indicted on Friday and flew to Houston early Saturday morning to turn himself in. He was booked and released and returned to Minnesota.

Peterson has acknowledged that he used a tree branch to discipline his 4-year-old son. Peterson’s lawyer says his client did not intend to harm the boy.