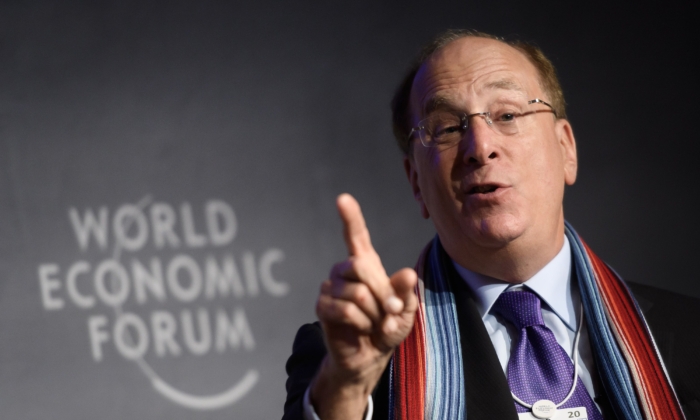 In a rare Wall Street Journal editorial published on Sept. 6, Soros had warned that pouring money into China amounts to aiding a repressive regime engaged “time of a life and death conflict” with the democratic values upheld by the United States.

“Pouring billions of dollars into China now is a tragic mistake. It is likely to lose money for BlackRock’s clients and, more important, will damage the national security interests of the U.S. and other democracies,” Soros wrote.

“The BlackRock initiative imperils the national security interests of the U.S. and other democracies because the money invested in China will help prop up President Xi’s regime, which is repressive at home and aggressive abroad.”

BlackRock responded to the critique in a statement provided to CNBC. The asset management firm said it set up its first mutual fund in China after raising just over $1 billion from 111,000 investors.

“The United States and China have a large and complex economic relationship,” a BlackRock spokesperson said. “Total trade in goods and services between the two countries exceeded $600 billion in 2020. Through our investment activity, US-based asset managers and other financial institutions contribute to the economic interconnectedness of the world’s two largest economies.”

In addition to criticizing BlackRock’s entry into China’s mutual fund market, Soros faulted the asset manager for recommending that investors stop treating China as a developing nation and triple their exposure to investments in Chinese securities.

“The Chinese market represents a significant opportunity to help meet the long-term goals of investors in China and internationally,” BlackRock Chairman and CEO Larry Fink wrote in a letter to shareholders.

In the statement to CNBC, the BlackRock spokesperson said the company could help China address its retirement crisis by providing retirement services expertise.

“The firm seems to have taken the statements of Mr. Xi’s regime at face value. It has drawn a distinction between state-owned enterprises and privately-owned companies, but that is far from reality. The regime regards all Chinese companies as instruments of the one-party state,” Soros wrote.

The billionaire investor also cautioned that while pouring money into China may stave off a looming real estate crisis, it won’t address deeper signs of decline, including falling birth rates.