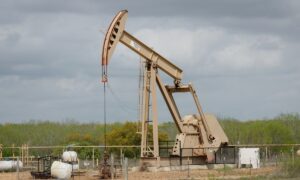 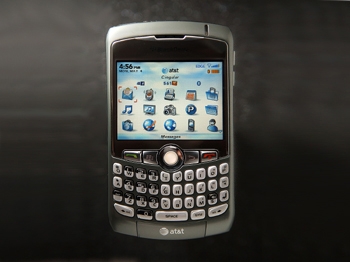 Ram Srinivasan
View profile
Follow
biggersmaller
Print
NEW YORK—Research in Motion Ltd. (RIM), makers of BlackBerry handhelds, retook its prized position as the number one manufacturer of consumer smartphones in the first quarter of 2009, overtaking Apple after two quarters in which the iPhone dominated the market.

A press release by the NPD Group, which does market research on a wide variety of industries, stated that “an aggressive buy-one-get-one promotion” deal from Verizon Wireless for the BlackBerrys propelled the handset manufacturer back into first place.

The report stated that the Blackberry Curve models, which can cost as low as $99 at cellphone providers such as T-Mobile and Verizon Wireless, took the top spot as the most popular smartphones sold in the first quarter.

The Blackberry Storm, RIM’s latest touchscreen model, came in at number three in terms of sales volume. Verizon Wireless offers the Blackberry Storm for $199 with a two-year contract, around the same price as Apple’s iPhone.

Apple’s iPhone itself came in second in the list of sales. The touchscreen smartphone costs $199 with a two-year contract with AT&T.

The two other models in the NPD Group’s “Top Five” listing were the Blackberry Pearl model and T-Mobile’s G1 handset. The Blackberry Pearl line was launched in 2006 and was RIM’s first model with a camera and media player. T-Mobile’s G1 handset is based on Google’s Android platform, which, despite being launched with much fanfare, was criticized for not being mature enough at launch.

In a press release, the NPD Group cited “Verizon Wireless’s aggressive marketing of the BlackBerry Storm” and its “broader availability on the four major U.S. national carriers” as reasons for being able to recapture the market. In contrast, Apple’s iPhone works exclusively with AT&T’s wireless network.