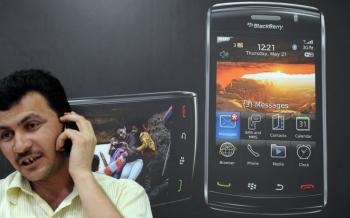 Indian officials announced on Monday that RIM has been given an additional 60 days to operate in India while authorities review RIM's counter-proposal to the government's demand for access to encrypted user data.

"Any communication through the telecom networks should be accessible to the law enforcement agencies and all telecom service providers including third parties have to comply with this," read a statement by India's Ministry of Home Affairs on Monday.

Along with Saudi Arabia, the UAE, and Egypt, India considers encrypted data sent from BlackBerry phones posing a security threat. The India government has demanded full access to messages sent by Blackberry users.

According to an earlier statement by RIM it is impossible for the company itself or any other third party to read encrypted data sent via BlackBerry phones.

BlackBerry has an estimated over a million users of its phone in India.