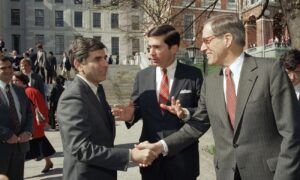 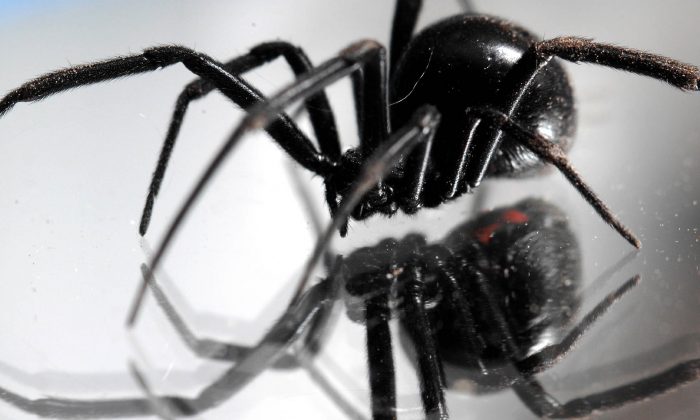 Black widows have been found in grapes in five states recently. Here, one walks on a mirror in Montana in a file photo. (AP Photo/Great Falls Tribune, Robin Loznak)
US

Black widows have been found in bags of grapes across at least five states recently.

The venomous spiders have been discovered in Wisconsin, Michigan, Missouri, Minnesota, and Pennsylvania.

In the latest finding, Yvonne Whalen of Dillsburg, PA was rinsing and eating a bag of red grapes she had just taken out of her fridge.

“The next thing I know, there was this leg coming up over a grape and needless to say I dropped by grapes in the sink,” she told WHTM.

Earlier this month, Aldi Supermarkets in the Milwaukee-area pulled all red, green, and black grapes from its stores after a shopper found a black widow in a red grape container, reported the Milwaukee Journal Sentinel.

Yvonne Duckhorn was shopping in one of the stores with her four-year-old daughter when she picked up the container, flipped it around, and noticed the spider.

Also earlier in the month, Callum Merry found a black widow in Brighton, Michigan in a bag of grapes she bought from a Kroger supermarket, reported WXYZ.

In October, a black widow was found in an Aldi Supermarkets store in Missouri. KMOV-TV photographer Stan Kostecky discovered the spider in a Chesterfield Valley store, prompting the supermarkets to pull red grapes from its St. Louis-area stores.

In late September, Aaron Hathaway found a spider while eating lunch at a school in Maplewood, Minnesota. What he thought was a smaller, dark grape suddenly started crawling around.

Hathaway said in the Minnesota Post that the school said it sources grapes from a supplier in Chile. “The spider appeared to have been nestled deeply in the grape bunch,” a school official wrote in an email to students, staff, and parents.

Experts say that the spider, native to some states, has a venomous bite and should be captured in a container if found.