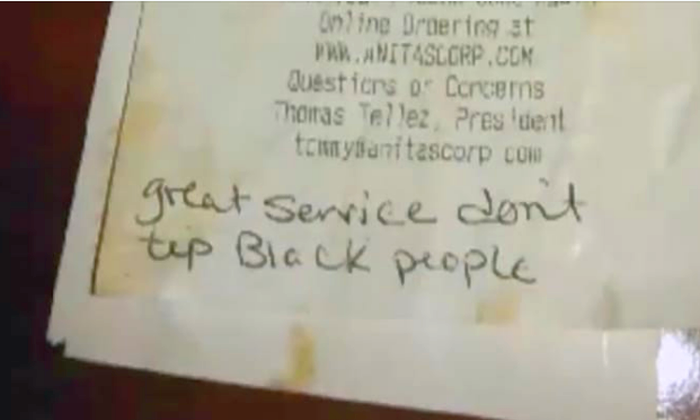 A racist note left on a receipt for a black Virginia waitress has sparked outrage.

Multiple news outlets, which ran pictures of the receipt , report that the message scrawled at the bottom of the bill at Anita’s New Mexico Style Cafe in Ashburn read “great service don’t tip black people.”

Restaurant server Kelly Carter says it was left Saturday, with no gratuity, by a white man and woman to whom she had served breakfast. Carter says there was no indication the couple was unhappy with her for any reason.

Restaurant owner Tommy Tellez Sr. called the note “disheartening,” saying Carter is a loyal employee and beloved by her customers.

Since then, the restaurant manager says customers are now requesting Carter as their server and some are even stopping by to give her hugs and money.