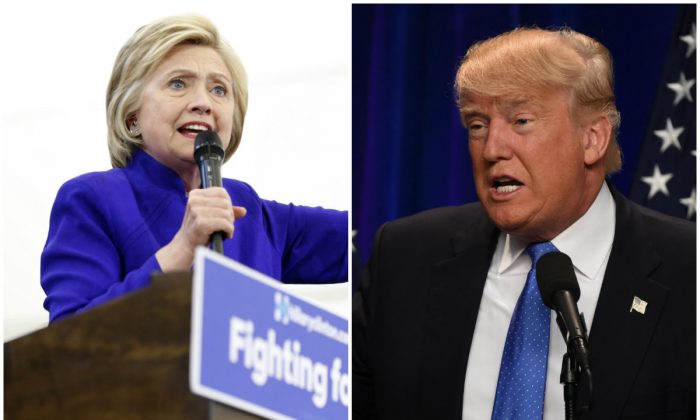 ATLANTA—Donald Trump will visit a predominantly black church in Detroit this weekend and, his campaign says, “outline policies that will impact minorities and the disenfranchised in our country.” It’s the latest move in the Republican presidential nominee’s outreach to non-whites.

The trip comes in response to sharp criticism from many African-Americans incensed by Trump’s sweeping generalizations about black life in America. “You live in your poverty, your schools are no good, you have no jobs,” he has argued to black voters. While he usually speaks to mainly white crowds, Detroit itself is 83 percent black.

On Friday, Trump was in Philadelphia meeting with the family of a slain black woman killed by a young man who entered the U.S. illegally. It’s “a horrible story, but it’s a story a lot of people are going through,” Trump told the family.

A look at how African-Americans will help determine whether Trump or Democrat Hillary Clinton is elected the 45th president:

In the decades since the Voting Rights Act of 1965 widely enfranchised African-Americans, they have become a reliable Democratic bloc. President Barack Obama, the nation’s first black president, won at least 95 percent and 93 percent of the black vote in his two victories, sending Republicans to historical lows among African-Americans, according to exit polls.

In Detroit, Republican candidate Mitt Romney won barely more than 6,000 votes out of more than 288,000 cast in 2012. Ronald Reagan notched 14 percent of the black vote in 1980, then slipped to 9 percent in 1984. The high mark for GOP nominees since was Bob Dole’s 12 percent in 1996. Polls this year suggest Trump could fare worse than Obama’s opponents.

Blacks comprise between 12 and 13 percent of eligible voters (about 226 million), a relatively constant share in recent decades. (Hispanics and Asian-Americans have driven overall non-white population increases.)

Black voters are relatively concentrated in Mid-Atlantic and Southeastern states, but they also represent a significant portion of the populations in Chicago, Detroit, Cleveland and Philadelphia.

Too many Republicans, Harrison says, answered with “so many dog whistles” intended “to exploit racial divides.” He pointed specifically to Reagan’s quips about “welfare queens” and George H.W. Bush’s “Willie Horton ad” in the 1988 presidential campaign, which featured a black prisoner released on furlough by Bush’s Democratic opponent, Massachusetts Gov. Michael Dukakis.

Trump says Clinton is “a bigot who sees people of color only as votes, not as people worthy of a better future.” Democratic politicians have ruined inner cities, he says. The Rev. Mark Burns, one of Trump’s top African-American backers, recently distributed a cartoon depicting Clinton in blackface. Burns later apologized.

“What the hell do you have to lose?” Trump has asked—delivering his pitch to an overwhelmingly white audience.

Still, Trump’s abysmal description of life in black communities falls short. African-Americans as a whole lag other race and ethnicity groups in many economic indicators. Yet, the latest Census Bureau analysis puts median household income for blacks at $35,398; that’s less than the national median ($53,657) and white median ($56,866), but well above the poverty level for a family of four ($24,300).

Also, while murder rates have risen in certain U.S. cities, violent crime levels are not at record highs, as Trump has claimed, and FBI statistics show violent crime nationally remains on a two decade decline.

That leaves many black leaders and voters accusing Trump of peddling stereotypes. “You don’t go to a 99 percent white audience and talk about us and call that an invitation to us,” Rep. Jim Clyburn of South Carolina, a Congressional Black Caucus leader, said this week.

Throughout her bid, Clinton has directed specific appeals to African-Americans. She backs stricter gun regulations, emphasizes the need for improving relations between police and the black community and campaigns alongside mothers whose black sons lost their lives in police encounters. Black Democratic primary voters opted nearly 4-to-1 for Clinton over Bernie Sanders in states where exit polling was conducted. (White Democrats narrowly preferred Sanders.)

Where It Matters Most

Six battleground states—Florida, Michigan, North Carolina, Ohio, Pennsylvania and Virginia—have black population shares ranging from about 12 percent to about 22 percent. Obama won each of those states twice, with the exception of North Carolina, which he split. Georgia, a GOP-leaning state that could be competitive, is more than 30 percent African-American.

Ohio is a wild card: Obama drove up African-Americans’ share of the electorate there from 11 percent in 2008 to 15 percent in 2012, with the increase accounting for more than his eventual margin of victory over Romney.

Generally speaking, if Clinton is successful in replicating the Obama coalition—her advisers’ clearly-stated priority—it would put tremendous pressure on Trump to run up his numbers among whites to levels no candidate has reached since Reagan’s 1984 landslide. And every additional black vote Clinton picks up pushes Trump’s white-voter mountain even higher.