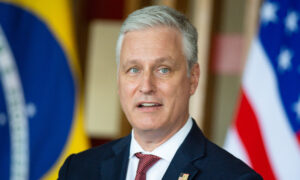 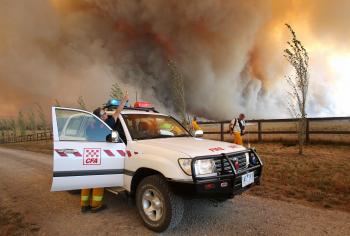 By Ioan Thomas
Print
For days leading up to the bush fires that ravaged Australia’s southern state of Victoria on Saturday February 7, fire and emergency authorities had been warning the state to be on the alert for fires.

Australians in the south-eastern states had become used to the ongoing threat of bushfires with many having experienced first-hand the destructive power fires can bring. Every summer communities and towns prepare to defend themselves against ever-present threat of bushfires.

The fire that hit Victoria on “Black Saturday” was one that had never been seen in Australia before. Victoria had gone through “Ash Wednesday” in 1983 and “Black Friday” in 1939. Australia’s capital city, Canberra, was badly damaged in 2004 by bushfires, with over 500 houses destroyed and four people killed. In 1994 Sydney was badly hit with 225 houses destroyed, 8000 square kilometres burnt out and four people killed.

However, those fires dwarfed into insignificance after the ferocious fireball hit Victoria, cutting a swath of destruction through the state. Over 200 people have been killed, 2000 houses destroyed and millions of animals and wildlife annhilated. This was a casualty rate never experienced before in Australia’s peacetime history.

Although residents of towns and hamlets northeast of Melbourne had been warned to expect fire, there was no warning of its scale until the inferno was upon them. Many victims were caught on the roads in their cars attempting to flee; their cars became metal tombs, incinerating them beyond recognition.

A survivor from the small hamlet of Flowerdale, Mr Michael Coventry, said the only reason he left his home and is alive today was because a neighbour, who had been through the 2003 Canberra bushfire, told him the approaching black cloud was not a storm cloud, but smoke from bushfires and it was time to get out. He took his advice and locked up his cat and dog thinking he could return later. It was not to be. He lost his house and beloved pets. Michael attempted to escape by driving to the town Kinglake, not realizing he was heading into the eye of the inferno. Turned back by police at a roadblock, he then drove back towards the blaze eventually making it to safety in nearby Yea.

A few days later he was finally able to return to the ash wreck of his house. Four of his neighbours had died, one had perished on the road, whilst the other three had died sheltering in each other’s arms – fused together in death. Many animals and humans died frozen in time, like the victims of the ancient Roman city of Pompeii. Sheep and cattle had attempted to flee on burnt stumps, only to collapse and be consumed by the unstoppable furnace ravaging the country.

Several of the dazed and traumatised survivors described the inferno and its aftermath as if their towns and communities had been hit by a nuclear bomb.