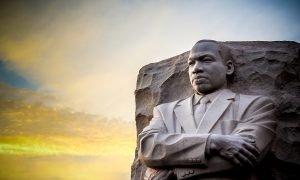 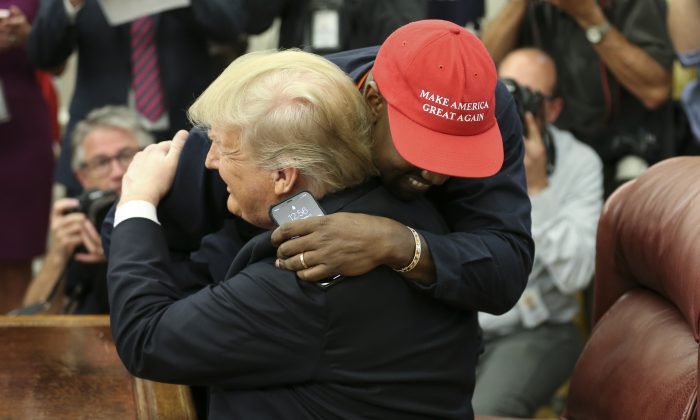 Black Overseers and the Marginalization of Kanye West

Radio host Charlamagne tha God has canceled a TimesTalk interview with Kanye West that was scheduled for Oct. 17.

That’s when the two men were supposed to discuss mental health. According to the left, West’s White House visit last week and his enthusiastic embrace of President Donald Trump were displays of mental illness—an illness that, from their warped perspective, warranted mocking. I’m not making this up.

Charlamagne wrote on Twitter that the interview with West would have been “a total distraction.” In truth, though, the interview was supposed to break down stereotypes about the mentally ill, not reinforce them.

Every norm of political correctness has been practiced by a PC-compliant media that strain to reinforce the language constraint as it applies to groups and individuals that have historically been disadvantaged. Leftist politics overrode the protections that West would have normally received as a black man. His new status as a black conservative, wreaking untold damage on the Democratic Party, means that he must be destroyed and neutralized as a role model and a force for change.

The left does not stray far from the 13 edicts of the Saul Alinsky bible, better known as “Rules for Radicals.” Rule No. 5 states, “Ridicule is man’s most potent weapon.”

We have seen Rule No. 5 in full bloom. The left-wing media have pounced on Kanye; they’ve used black commentators to dispense racial justice on the man who they believe should be mocked and insulted, rather than taken seriously.

West has been pilloried on “Saturday Night Live,” and for days, he has been subjected to the self-righteous indignation of fellow blacks, used by white handlers, to unleash mean-spirited racist epithets that whites dare not utter publicly.

CNN’s Don Lemon hosted a panel, on which black commentators made the following statements:

“Kanye is what happens when negroes don’t read.”

“Kanye is the token negro of the Trump administration.”

“No one should be taking Kanye West seriously. He clearly has issues. He’s already been hospitalized. Not to trivialize mental-health issues; obviously, Kanye has taken a turn in a very strange way.”

There are double-sided insults operating here. Calling a black person a negro is a derogatory form of address meant to demean and marginalize. In other forums, West was called a dumb negro, an Uncle Tom, a white supremacist, and a few names I dare not repeat.

What was done to West would be denounced and heads would roll if the victim were liberal or if the pundits were white. Lemon, a member of the LGBT community, called the visit a minstrel show and went so far as to speculate about how West’s late mother would be embarrassed by his White House visit. A heterosexual white male would have been fired by now. Instead, the political left has mocked and dismissed West as mentally ill and unworthy of being taken seriously since his embrace of Trump is seen as ignorant.

West isn’t a historian, and some of his musings come across as disjointed, which frequently happens when a person speaks extemporaneously. The visceral anger against West is an overreaction to an individualist. He’s a creative artist who only has to make sense to himself and his audience. As far as I can tell, black Americans are the only racial group not allowed to have intragroup diversity. The president understands creativity, and his acceptance of individuals who treat him with respect seems to be broad and genuine.

Any black who leaves the Democrat Party and embraces conservatism can expect to be harassed, marginalized, and denigrated by leftists at every opportunity. The intensity of the opposition increases with the size of the audience the black apostate from the Democratic plantation is expected to reach. Those of us who reject the mantra of the political left can expect to be mocked and marginalized. Ever since I became a conservative Christian (I was already black), I have experienced similar treatment, especially when I appear on CNN.

In 2007, I was a paid contributor for CNN. At the time, I was a Democrat and hadn’t embraced Republican politics, but my views were often conservative. Two CNN producers took me aside to tell me that I needed to disagree with the host of the show with which I was associated. I was told that it was important for me to tell the white anchor, with whom I agreed on numerous issues, that he was wrong.

In my experience, that’s not how the world worked. Needless to say, I didn’t stop being me, and my contract wasn’t renewed. Blacks shouldn’t have to sell their souls to be protected from the visceral attacks and politics of the political left.

Nowadays, whenever I appear on CNN, I can expect to get a few letters from viewers who make it clear I have violated their safe space. I always receive my share of emails and anonymous phone calls with threatening messages and epithets similar to the ones West has received.

Carol M. Swain is a James Madison scholar at Princeton University and a former professor of political science and law at Vanderbilt University. Her most recent book is “Debating Immigration: Second Edition” (2018).