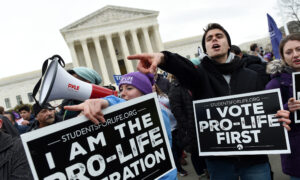 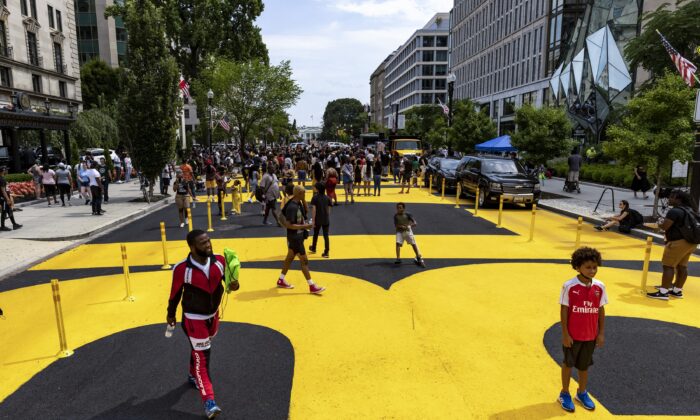 Black Lives Matter Plaza, created in the District of Columbia last year amid nationwide protests and riots, is being made permanent.

Construction started Monday to make the plaza “a permanent installation,” according to a joint statement from the office of Washington Mayor Muriel Bowser and the District Department of Transportation.

The work is slated to conclude by October 1.

“Once completed, the permanent installation will protect pedestrian safety while accommodating vehicles and keeping with the spirit of the original mural design,” officials said.

A rendering of what the plaza will look like shows that the middle of the street will be restricted for pedestrian use, with one lane of vehicular traffic on either side.

The cost of the construction hasn’t been made public.

Bowser, a Democrat, renamed a part of 16th Street to “Black Lives Matter Plaza” in June 2020.

“What we have to say to the young black youth is that they matter, we care about them, and we hear them, and we’re listening to them, and we’re trying to make all of our systems starting right here in Washington, DC, more fair,” she said at a press conference after the words “Black Lives Matter” were painted on the street in yellow letters.

Similar murals were painted in New York City and other cities.

Black Lives Matter, an organization that claims there is systemic racism in the United States and other countries, and attempts to attack the alleged systemic racism, gained support from some officials following the death of George Floyd in Minneapolis, Minnesota.

But after a number of protests turned violent, with ransacking of stores, assaults of police officers, and other mayhem, the movement drew criticism and more opposition.

According to Robin Nunn, vice chair of the Dupont Circle Advisory Neighborhood Commission, told WJLA that no Black Lives Matter stakeholders were consulted on the design of the plaza.

“We should be engaging these folks because they’re the ones who seeded this movement, and now we’re taking it and turning it into something that they may not have had in mind,” added commissioner Michael Scott McKernan.