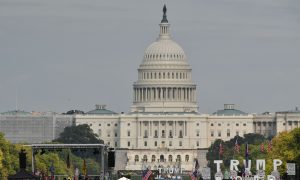 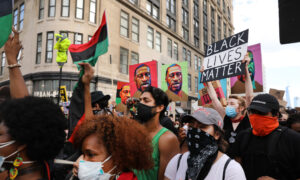 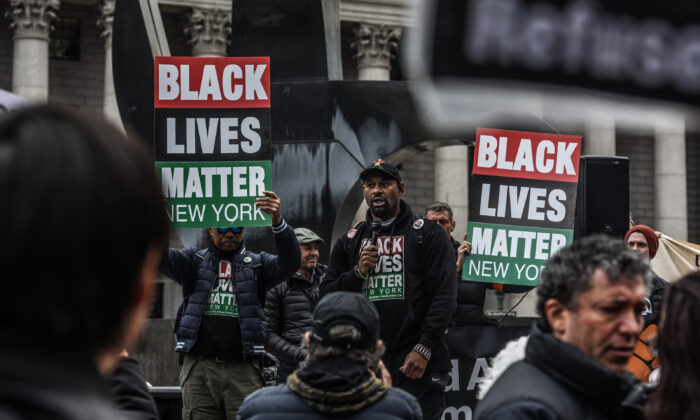 Newsome made incendiary remarks during a cable news interview late Wednesday, stating in part: “If this country doesn’t give us what we want, then we will burn down this system and replace it.”

Trump described Newsome as a Black Lives Matter leader, the same description Fox News used. Newsome made the remarks during an appearance on Fox’s “The Story.”

Newsome told The Epoch Times on Friday that he stepped down as the president of Black Lives Matter Greater New York to let Nupol Kiazolu take over.

He is now the chairperson of the group.

Black Lives Matter Greater New York is not an official chapter of Black Lives Matter Global Network. Scales told the Associated Press that only chapters that have agreed to adhere to certain requirements are allowed to join the network.

“There is no financial backer that could call us and say hey, stop protesting in front of Mayor [Bill] de Blasio’s house,” he said.

The global network, in his understanding, has such backers. The network didn’t respond to a request for comment.

Newsome’s group has had conversations about joining the global network but they haven’t gone through.

Speaking to the Associated Press, Newsome challenged Scales’ position, saying that the movement isn’t one that anyone can claim ownership of.

“It pains me that at a time like this, black people are not sticking together,” he said. “To say that all people who carry that banner have to be sanctioned is preposterous.”

“To alienate us at a time like this, when the president is targeting us, is not only counterproductive but it’s counterrevolutionary,” he added.

The Black Lives Matter Global Network’s recent focus has been on defunding police departments. The group was founded in 2013 after George Zimmerman, a member of his community neighborhood watch, was acquitted of murder in the killing of Trayvon Martin, a black teenager.

The network’s mission, according to its website, “is to eradicate white supremacy and build local power to intervene in violence inflicted on Black communities by the state and vigilantes.”

Black Lives Matter Greater New York has a list of nine demands, none of which have to do with funding for the police.

The demands include: prosecuting police who falsify information in the course of an investigation, reinstating voting rights to people in jail, and establishing an independent unit to investigate and prosecute all police shootings.