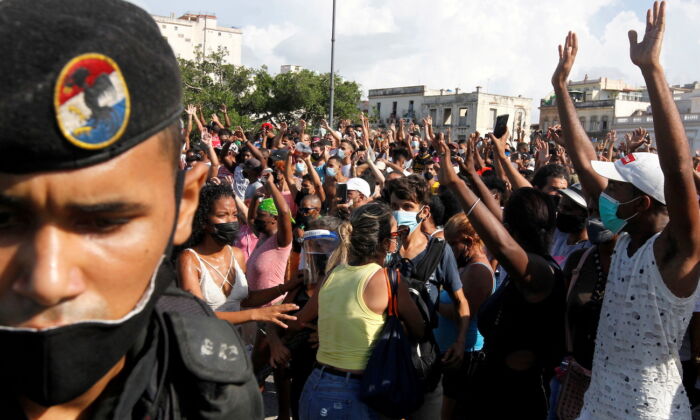 People react during protests in Havana, on July 11, 2021. (Stringer/Reuters)
By Lorenz Duchamps