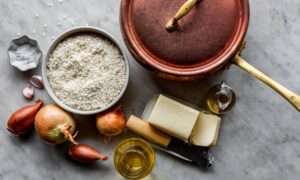 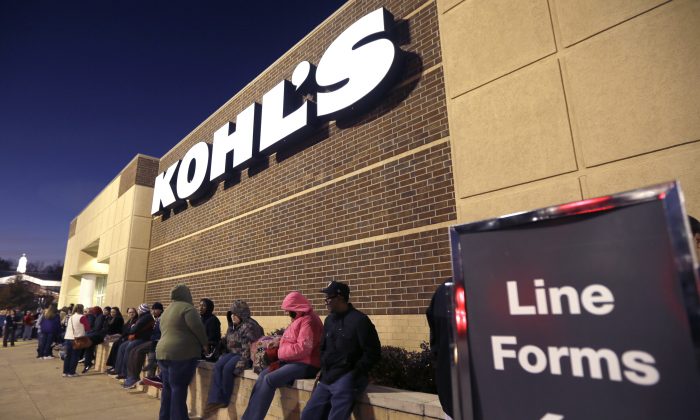 An article that claims Black Friday, the day after Thanksgiving, started with the “sale of slaves” is fake. A line of Thanksgiving shoppers forms at the entrance to a Kohl's department store in Sherwood, Ark., Thursday, Nov. 27, 2014. Early-bird shoppers headed to stores around the nation on Thanksgiving in what's becoming a new holiday tradition. (AP Photo/Danny Johnston)
Life & Tradition

Black Friday Caused by Slavery? Nope, ‘Stemmed From The Sale Of Slaves After Thanksgiving’ Totally Fake

An article that claims Black Friday, the day after Thanksgiving, started with the “sale of slaves” is fake.

It was posted on satirical website HipHopHangover, and was going viral on Friday.

The site has a disclaimer, which says it’s not real and shouldn’t be taken seriously.

“Hip Hop Hangover is a Gossip parody and satirical publication and for entertainment purposes only. Hip Hop Hangover is not intended for readers under 18 years of age.Hip Hop Hangover will use made up names in its posts except when public figures are satirized; Any use of real names is accidental and coincidental,” it reads.

And now for some historical context about the term.

The term “Black Friday” actually originated in Philadelphia, and it was used to describe heavy pedestrian and vehicle traffic that would often cause accidents or other disruptions. The term was used before 1961 and saw wider use in Philly around 1975.

“For downtown merchants throughout the nation, the biggest shopping days normally are the two following Thanksgiving Day. Resulting traffic jams are an irksome problem to the police and, in Philadelphia, it became customary for officers to refer to the post-Thanksgiving days as Black Friday and Black Saturday,” reads a 1961 report from the Public Relations News about the term.

Later, nationwide retailers took the term because they traditionally operated at a financial loss (or “in the red”) and “Black Friday” means it’s the start of the shopping season to make profit (or “in the black.”)

But on social media sites, users were confused by the HipHopHangover hoax.

“Is Black Friday the new movie about when they freed the slaves?” one person tweeted.

Added another on Twitter: “#BlackFriday originated in the pre-civil rights era where white slave masters would sell their black slaves at a discount #onlyinamerica.”

Said another, “Know ‘Black Friday’ stemmed from the sale of slaves after Thanksgiving,” who shared the HipHopHangover article.