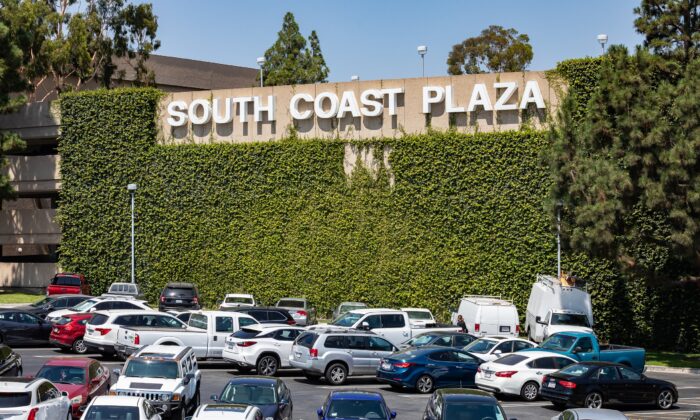 Black Friday’s online shopping revenue dropped from $9 billion to $8.9 billion from 2020 to this year, but Cyber Monday was expected to generate $11.3 billion in revenue and become the largest online spending day of the season, according to Adobe Analytics (pdf).

The $9 billion online consumer spending on Black Friday in 2020 marked the second-largest online spending day in U.S. history, only behind Cyber Monday 2020.

“For the first time ever, Black Friday saw a reversal of the growth trend of past years,” Vivek Pandya, lead analyst at Adobe Digital Insights, said in a statement.

Amidst the global supply chain crisis, stockouts continue to be one of the major problems during the holiday season. The company found that products that were out-of-stock were up 172 percent compared to January 2020.

Among all the products, apparel had the highest out-of-stock level, followed by sporting goods, baby products, and electronics.

Adobe also found the hottest products that were purchased on Black Friday were Nintendo Switch, Barbie, and the Oculus virtual reality headset. Meanwhile, the average time that each U.S. consumer spent shopping is 12 hours this holiday season, according to Adobe.

In 2021, the Black Friday shopper traffic to physical stores was down by more than 28 percent compared to the 2019 pre-pandemic level, according to data released by Sensormatic Solutions.

Although the visits to physical stores on Black Friday were lower this year, 65 percent of U.S. consumers planned to shop in-store, according to Sensormatic Solutions.

Rebekah Caron, a Claremont resident waiting to pick up her online order at Macy’s at the Westfield Santa Anita mall in Arcadia, Calif., told The Epoch Times Nov. 27 that she noticed many stores are not as fully stocked as previous years and she will do her most shopping on Cyber Monday.

“It was really … bad trying to find a parking spot out there. And it’s stressful,” Caron said.

Claudia Gutierrez, another Westfield Santa Anita shopper from Los Angeles, said she did not plan to shop on Cyber Monday due to the time-consuming return process.

“I’d rather shop in-store than online [because] I can pick out and try it on and look at the stuff,” she told The Epoch Times.

Elizabeth Rubalcava, an Orange County resident working in Arcadia, agreed with Gutierrez, saying “Online [shopping] can be a hassle to return and exchange.” However, she might consider shopping on Cyber Monday if there are good deals.

Alexander Lopez, a Riverside resident shopping at Nordstrom in the Westfield Santa Anita mall, said he enjoys shopping in person and only shops online when he is familiar with the brand.

“I like to put something on before I buy it,” Lopez told The Epoch Times. “If it’s a brand that I know, and it fits me normally, I will purchase it through the internet sometimes.”