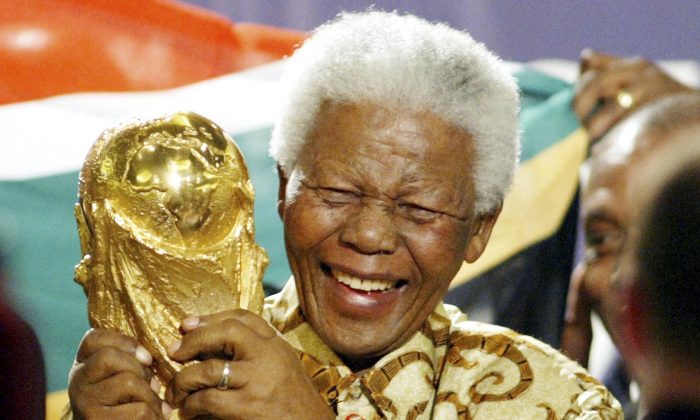 The Las Vegas Guardian Express, an alternative media outlet, is claiming that Mandela was declared brain-dead on June 26. The claim is based on a text that one of its reporters received “from an acquaintance who was well-placed in the South African media.”

The outlet then decided to publish the story based on the one source.

Then the Guardian Express says that because Mandela’s family didn’t threaten the outlet with any form of legal action, “We took this as proof that we were reporting something that the South African government did not want us to report.”

Among evidence uncovered later by a reporter sent to South Africa, the outlet says, was an audio recording of a phone conversation between a South African Defense Force officer and a private security contractor. The officer said that Mandela was declared brain-dead after suffering total organ damage. Other evidence gathered included documents from Mandela’s family that the Guardian Express claims shows that Mandela was brain-dead. The outlet found enough evidence not to retract its story, it said.

Before he died, he was in stable but critical condition, Zuma said.