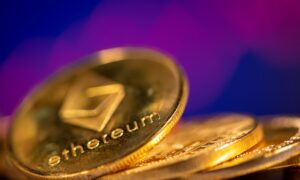 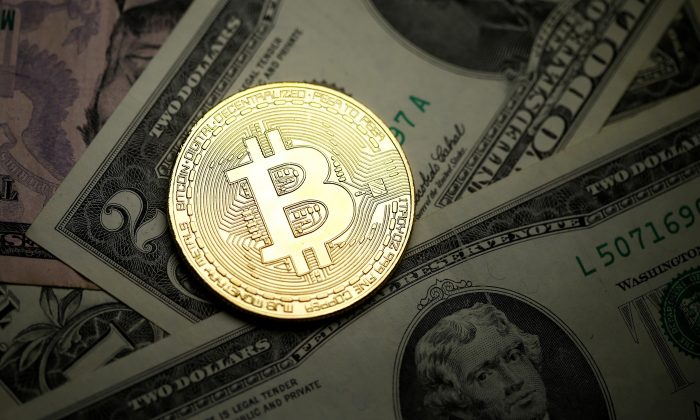 Bitcoin is more volatile than other currencies but less than its crypto competitors. (Reuters/Dado Ruvic/Illustration)
Investment

NEW YORK—Thanks to its six-fold increase during this year, bitcoin is one of the hottest topics in finance in 2017. It has attracted attention from the likes of European Central Bank President Mario Draghi and JPMorgan President and CEO Jamie Dimon. Some call it a bubble and a fraud that will soon collapse; others say the genie is out of the bottle.

And yet, few people really understand where the value of bitcoin lies and why it could be a powerful disruptor not only for the financial system, but also for the whole economy. Saifedean Ammous, a professor at Lebanese American University, has been researching bitcoin and the underlying blockchain technology since 2010. His latest book about his findings, “The Bitcoin Standard,” will be published by Wiley in January 2018.

In this interview, Ammous explains why bitcoin is valuable, why it is so close to and in some respects even better than gold, and why it could usher in an era of sound money for the 21st century.

The Epoch Times: What makes bitcoin interesting as money?

Saifedean Ammous: The real importance of bitcoin is not making cheap, easy payments. It’s not a way of making fast payments. It’s not going to allow for microtransactions or all these other use cases that we’ve heard are important for bitcoin.

The most important thing that bitcoin offers is a new form of sound money outside the control of any authority or government in the world. And that is something very, very important for the world economy. Bitcoin is hard money as opposed to easy money.

Easy money refers to money whose quantity is easy to increase, in case there is an increase in demand for it. So if people move toward using copper as money, it is very easy for copper miners to increase the supply and bring the price back down, which will hurt the people who used copper as the store of value for their savings. So copper is bad as a store of value, because it’s easy to produce in response to an increase in demand.

Gold, on the other hand, is hard money because even if the price of gold goes up a lot, it is very hard for gold miners to increase the supply of gold in the world. It is hard to bring the value down. Therefore, gold serves as a good store of value in the long run. It’s a much better store of value than other forms of money over time.

Bitcoin is far closer to gold. It is a digital equivalent of gold.

Bitcoin’s supply is strictly limited. There will only ever be 21 million bitcoins. And the code that controls the issuing of the bitcoins is decentralized among thousands, tens of thousands of nodes that operate the bitcoin software. And if it were to change, it would need the majority agreement of everybody involved.

Since everybody involved has an interest in maintaining the monetary policy in a way that maintains the value of the money, it is highly unlikely that we’re going to witness any change in the monetary policy. Even technical changes, like changing the block size or various parameters, have been almost impossible to make in bitcoin.

It’s possible to make a copy of bitcoin, but it’s not possible to change bitcoin. There will always be some people that want to stick to the inflation schedule as it is. So the monetary policy of bitcoin is immutable, it isn’t going to change, and since the supply is strictly limited and the network is distributed and nobody can control it, we might just have the digital equivalent of gold.

This, I think, is an enormously important innovation, because it has many good properties that gold doesn’t have. It’s very easy to send across the world very quickly, and it’s much harder to confiscate than gold. Therefore, the possibilities are exciting for people who believe in the importance of sound money for society.

The Epoch Times: Why is sound money important?

Mr. Ammous: Look at the era of the classical gold standard, from 1871, the end of the Franco–Prussian War, until the beginning of World War I. There’s a reason why this is known as the Golden Era, the Gilded Age, and La Belle Epoque. It was a time of unrivaled human flourishing all over the world. Economic growth was everywhere. Technology was being spread all over the world. Peace and prosperity were increasing everywhere around the world. Technological innovations were advancing.

With bitcoin, once you’ve started holding some bitcoin and you see it appreciate, you start understanding that there is a very high opportunity cost to spending, and you start thinking twice about spending frivolously.

Also, bitcoin matters for moving very large quantities and high amounts of value, particularly in transactions in which you’re trying to avoid censorship or economic inflation from the central bank. So as a store of value, this is what bitcoin’s importance is.

The Epoch Times: Do you see the possibility of having a bitcoin standard?

These things are expensive. They involve a lot of security risk, and they involve the risk of [having money] confiscated by government authorities. And yet bitcoin can go around all of these risks. You can send $100 million in bitcoin across the world and it’ll confirm in 30, 40 minutes. And currently, the transaction fee is $2, $3.

So, 30, 40 minutes and a $2, $3 transaction fee may not compete with the credit card payment for your coffee, but it doesn’t need to. It competes with your central bank’s clearance payment to another central bank or settlement between large banks. In that case, a $2, $3, $200, or even $2,000 transaction fee is a very small price to pay, and 40 minutes is a very small amount of time for such a massively important transaction.

Under the gold standard, it’s not that the gold never moved. It did move, but the vast majority of transactions didn’t involve having to physically move gold around. And physically moving gold around is much more expensive than moving bitcoins around.

The number of transactions that can be done in bitcoin, even if we assume that the bitcoin network is not going to have any more efficiency improvements, is about 400,000 transactions a day.

The Epoch Times: What about day-to-day payments?

Mr. Ammous: All payment solutions that we have existing for dollars and euros can easily be ported over to bitcoin. There is no reason why credit cards, PayPal, and all these new apps and innovations for payments across the world can’t be backed up with bitcoin.

The level of security of bitcoin is not necessary for your daily purchases. The issues of payments and cheap payments can all be ported over to sound money later on. However, if we try to compromise bitcoin’s sound money by altering something about its structure in order to make the payments faster, that will quickly devalue the proposition of the money supply being immutable and will, therefore, devalue the only value proposition of bitcoin.

And in this case, it wouldn’t even matter if bitcoin was fast or efficient, because there are many fast, efficient, and cheap centralized payment systems.

So bitcoin transactions are not as fast as, say, your PayPal transaction or your credit card—but that is fine. I think in the future, bitcoin is going to move more and more toward being a settlement and clearance currency.

You don’t want to compare bitcoin to your credit card for your coffee. This is a little bit like using a Concorde jet plane to drive down an avenue in a city. It’s a completely useless use of a very powerful tool.