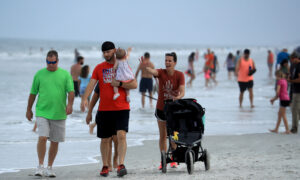 Jacksonville Had Less Than 20 Virus Cases per Day Before Reopening Beaches: Birx
0 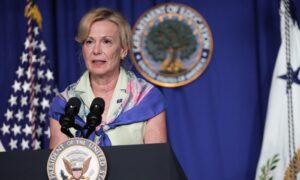 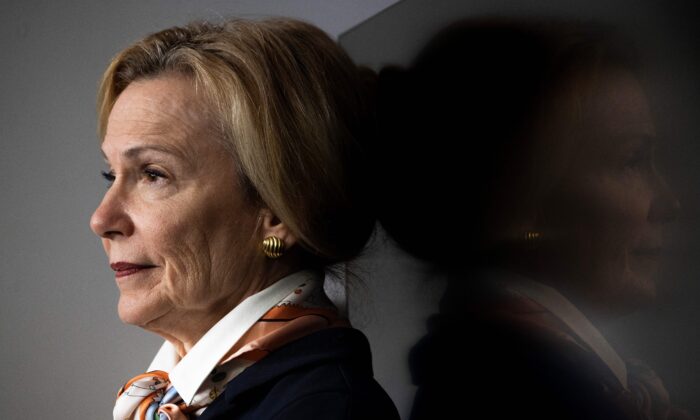 US Is ‘In a New Phase’ of CCP Virus Pandemic, Birx Warns

Responds to Pelosi claim of 'no confidence'
By Jack Phillips
Print

White House coronavirus task force leader Dr. Deborah Birx warned that the United States is in another phase of the pandemic, as more widespread cases have been reported.

“What we are seeing today is different from March and April. It is extraordinarily widespread. It’s into the rural as equal urban areas,” she said in an interview on Aug. 2.

“To everybody who lives in a rural area, you are not immune or protected from this virus,” Birx told CNN. “If you’re in multi-generational households, and there’s an outbreak in your rural area or in your city, you need to really consider wearing a mask at home, assuming that you’re positive, if you have individuals in your households with comorbidities.”

More than 173,000 deaths in the United States are expected by Aug. 22, according to a report from the U.S. Centers for Disease Control and Prevention (CDC). So far, more than 4.5 million cases of the CCP (Chinese Communist Party) virus have been reported in the country to date, and more than 150,000 people have died, according to researchers.

In the interview, she was asked about whether schools with a relatively high number of cases should open in the fall for in-person learning.

In another interview, House Speaker Nancy Pelosi (D-Calif.) said on Aug. 2 that she has “no confidence” in Birx, who had served as the United States’ global AIDS coordinator under former President Barack Obama and President Donald Trump.

“I think the president has been spreading disinformation about the virus and she is his appointee so, I don’t have confidence there, no,” Pelosi told ABC’s “This Week.”

On CNN, Birx responded to the criticism.

“I have tremendous respect for the speaker and I have tremendous respect for her long dedication to the American people and I think it was unfortunate that The New York Times wrote this article without speaking to me,” she said. “I have never been called pollyannaish or non-scientific or non-data driven and I will stake my 40-year career on those fundamental principles of utilizing data to really implement better programs to save more lives.”