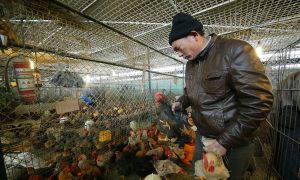 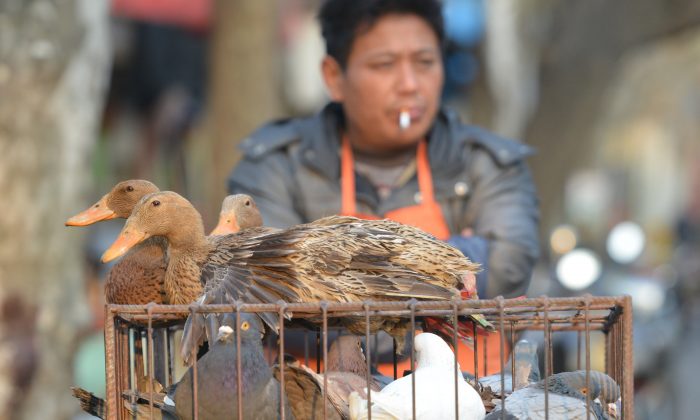 In 2013 there were a total of 144 case of H7N9 avian influenza around China. But this January alone there have been 101 recorded cases, 10 of which resulted in death, according to incomplete disease reports compiled by Chinese authorities.

H7N9 is a new avian influenza, or bird flu, first recorded in China in March 2013.  It is not known to have spread outside of China.

The spread of H7N9 in China this month has been primarily concentrated along the southern and coastal areas: Jiangsu Province, a manufacturing hub, has been hit particularly severely, with 49 patients diagnosed with H7N9. Zhejiang, the capital, has recorded cases every day for 18 consecutive days this month. The second worst is Guangdong Province, where 30 cases have been noted.

But the disease is not limited to just the coast. On Jan. 23 Beijing recognized its first case of H7N9, also the first such case in China’s north, indicating that the disease is spreading.

The central question in the spread of H7N9 is whether it is able to be passed between humans. Many Chinese voice the fear of this possibility on the Internet, but the Chinese Center for Disease Control and the Chinese Academy of Sciences have said that there is no evidence to support the idea.

There have been four recorded cases of father-daughter infection with H7N9 in China. A man in Jiangsu Province was diagnosed with H7N9, and then his daughter who took care of him daily was diagnosed a few days later. A similar case happened in Guangzhou.

People still need to be “very vigilant to limit human to human infection,” said Zhong Nanshan, a disease control expert, in an interview with the Chinese press.

Another imminent factor in the spread of H7N9 is also presenting itself in China over the next week, with the overwhelming transportation traffic that characterizes the Chinese New Year. The date of the New Year is Jan. 31 this year, and around that holiday there are expected to be a total of 3.6 billions trips made, as hundreds of millions of Chinese travel back to their family homes to celebrate.

This enormous migration could increase the spread of infectious diseases, the authorities say.

Bird migrations to take place in February and March may also increase the risk of spread of bird flu, experts say.

“Avian influenza stays in a lot of hosts. All kinds of birds have the potential to carry the virus. When birds migrate from southern China in February and March, they can carry the virus north,” said Chen Taoan, a former section head of Shanxi Center for Disease Control, in an interview with Epoch Times.

“As the main source of infection, bird droppings falling on the ground will increase the chances of the virus spreading,” Chen said.

He added, “Add the bad air and severe smog in China now, and the trend of bird flu infections may be even worse than SARS,” referring to outbreak of Severe Acute Respiratory Syndrome in 2003 which killed a reported 775 people in China, caused national panic, and spread to 37 countries.