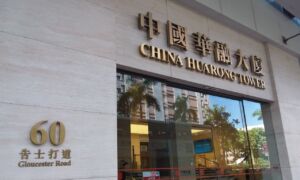 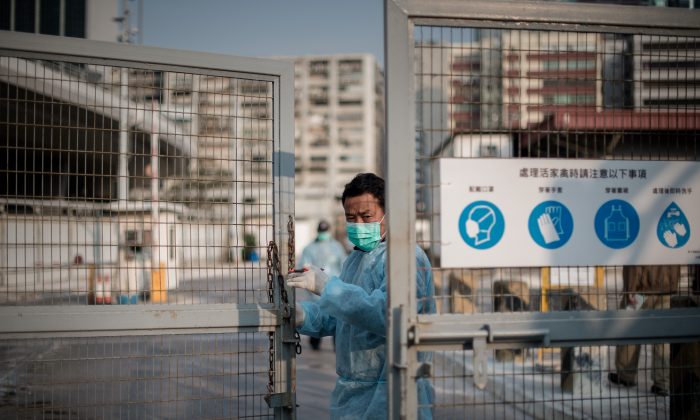 A security guard closes the gate of a live poultry market in Hong Kong on Jan. 28. There is a new outbreak of bird flu cases in China, where a new strain of the virus has re-emerged. (PHILIPPE LOPEZ/AFP/Getty Images)
China

Last March a new strain of bird flu appeared in China and then, as rapidly as it appeared, went dormant. In January it returned with a vengeance, and researchers are concerned mutations may have made the deadly virus more likely to spread.

James Clapper, the U.S. director of national intelligence, gave a sobering picture of the potential threat posed by bird flu during a Jan. 29 statement before the Senate Select Committee on Intelligence.

“If H7N9 influenza or any other novel respiratory pathogen that kills or incapacitates more than 1 percent of its victims were to become easily transmissible, the outcome would be among the most disruptive events possible,” Clapper said. “Uncontrolled, such an outbreak would result in a global pandemic with suffering and death spreading globally in fewer than six months and would persist for approximately two years.”

Clapper said “We judge that the H7N9 influenza in China that emerged from birds in early 2013 is not yet easily transmissible from person to person,” yet noted “It bears watching for its extreme severity, high death rates, and potential to mutate and become more transmissible.”

The new strain of bird flu, H7N9, which emerged in March 2013, kills approximately 40 percent of its victims. The older strain, H5N1, has been around since 2003. They are both commonly called “bird flu.”

The H7N9 strain is showing much higher levels of infection than the other strain. China recorded 121 cases of bird flu in January, and 16 more in the first three days of February.

January also saw the first death from bird flu reported in the Americas, when a Canadian returning from Beijing died from the older H5N1 strain on Jan. 9, according to the WHO.

According to S. Mark Tompkins, associate professor of infectious diseases at the University of Georgia, too little is currently known about the new H7N9 strain to properly understand its behavior.

“It’s really hard to predict why it is reappearing now,” Tompkins said, adding that due to the dynamic nature of influenza “there are many things that could affect transmission.”

“We could see the numbers go back down again come the end of the flu season,” he said, but also noted that flu seasons for common influenza can change. Tompkins said animal strains—such as bird flu—can be even less predictable.

As health officials try to chart what course bird flu might take, mutations of the disease, which are common in influenza, could be game changers.

Researchers in the United States and Japan found in April 2013 that the new H7N9 strain was mutating to adapt to human cells.

Yoshihiro Kawaoka, a leading expert on avian influenza and one of the researchers who conducted the study, explained in a press release the need for the research project, “A genetic analysis of the avian flu virus responsible for at least nine human deaths in China portrays a virus evolving to adapt to human cells, raising concern about its potential to spark a new global flu pandemic.”

In August 2013, Chinese researchers in Wuxi, a Chinese city near Shanghai, said they observed a H7N9 bird flu mutation that lets it spread between humans. The findings were published in the British Medical Journal, and showed the virus had been passed from a father to his daughter—both of whom died. It notes, “The transmissibility was limited and nonsustainable.”

The WHO has reported, “So far, there is no evidence of sustained human-to-human transmission.”

In December 2013 researchers also found that H7N9 can mutate to be resistant to Tamiflu, a treatment for influenza, without slowing its ability to pass from one host to the next. The findings were published on Dec. 11, 2013, in Nature Communications.

This is the first full flu season for the new virus, and there have been many travel warnings as of late, from countries and health organizations concerned at the recent surge of bird flu in China.

On Jan. 20, the United Nations Food and Agricultural Organization warned travelers in countries neighboring China to be wary of bird flu when traveling to China. Similar travel warnings were issued by Taiwan’s Mainland Affairs Council, the Australian Department of Foreign Affairs and Trade, the Centers for Disease Control and Prevention, and the government of Canada.

One reason for anxiety: concern over whether the reports of disease incidence can be trusted. The only source of the number of bird flu cases in China comes from the regime’s National Health and Family Planning Commission.

While it is impossible to independently verify the numbers, Chinese netizens have reported increases in people falling ill.

“I have to let people know the truth,” wrote one netizen. “Very many people here in Harbin are sick, several times more compared to the same period in previous years,” said an anonymous netizen.

Chinese authorities have been known to hide the true numbers during epidemics. In 2003, Chinese authorities admitted the number of SARS cases were higher than they had previously said. This occurred after a doctor broke ranks and said the virus was more serious than was being reported.