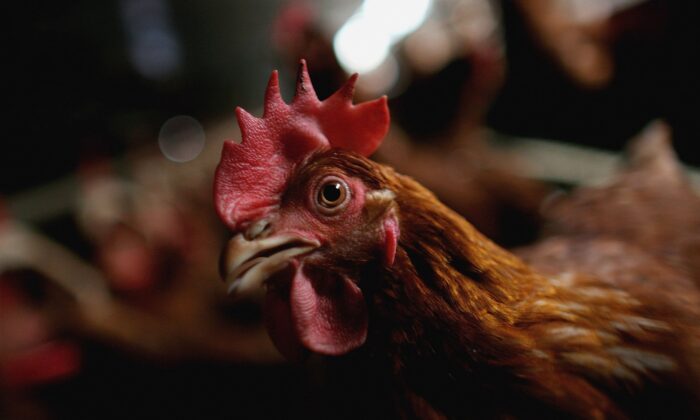 Scotland reported a highly pathogenic bird flu in a free-range flock of hens near Gretna, Dumfriesshire, Dumfries, and Galloway, which prompted the government to impose restrictions at the commercial premises where the influenza was detected.

In a statement on Dec. 3, the Scottish government said the remaining birds at the premises would be “humanely culled” to curb the spreading of disease.

It stated that a three-kilometer (1.85-mile) protection zone and 10-kilometer (6.2-mile) surveillance zone have also been declared around the infected premises on Dec. 4, to limit the movement of poultry, carcasses, eggs, used poultry litter, and manure.

Rural Affairs Secretary Mairi Gougeon said the detection of avian influenza in birds had been anticipated, given the recent disease confirmations in wild and captive birds across the United Kingdom.

“We ask that the public remain vigilant and report any findings of dead wild birds to Defra’s national telephone helpline. Do not touch or pick up any dead or sick birds that you find,” Gougeon said.

Citing public health advice, Scotland’s Chief Veterinary Officer Sheila Voas said the risk of avian influenza to human health is “very low,” and that it does not affect the consumption of poultry products, including eggs.

“We have already made clear that all bird keepers—whether major businesses or small keepers with just a few birds—must ensure that their biosecurity is up to scratch to protect their birds from disease and prevent any contact between their birds and wild birds. Keepers who are concerned about the health or welfare of their flock should seek veterinary advice immediately,” Voas said.

Scotland had earlier enforced new housing measures that make it a legal requirement for all bird keepers to keep their birds indoors and follow strict biosecurity measures, which took effect on Nov. 29.

This came after a spike in the number of confirmed cases across the United Kingdom, which the government attributed to the possibility of wild birds migrating to the United Kingdom from Europe during the winter months carrying bird flu.

A total of 28 cases of bird flu have been detected in England as of Dec. 5, with the recent cases reported in birds near Thirsk, Hambleton, North Yorkshire, as well as at premises near Newent, Forest of Dean, Gloucestershire.

The government also urged bird keepers to continue taking extra precautions to keep their flocks safe, including regularly cleaning and disinfecting equipment, clothing, and vehicles when entering or exiting sites, as well as limiting access to visitors.