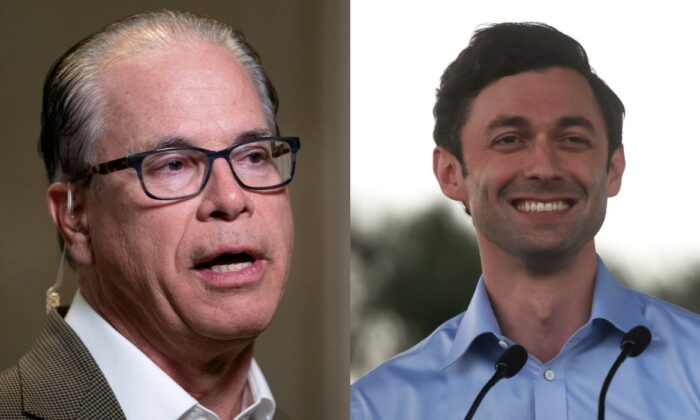 A bipartisan group has formed in the Senate to examine concerns over rampant corruption and abuses in the federal prison system.

The federal government currently operates 122 prisons across the United States, and these have faced rampant charges of corruption, sexual assault, and disregard for the rights of inmates. In addition, a string of misconduct and staffing shortages have led to a dire situation across federal prisons that have threatened those inside and outside of the prisons.

In a statement to the Associated Press, Ossoff said “America’s prisons and jails are horrifically dysfunctional and too often places where brutality and criminality are prevalent. The Senate Bipartisan Prison Policy Working Group will identify and advance solutions.”

In a statement, Durbin called the Prison Policy Working Group “essential to helping us achieve our goal of creating safer conditions for those at correctional facilities.” He added that the group is “committed to working on a bipartisan basis to improve conditions and safety, strengthen transparency and communications, and reduce recidivism in our federal prison system.”

Since the group has just been formed, it is unclear what exactly these solutions will look like.

But the issues have been so widespread that in January 2022 federal prisons director Michael Carvajal announced his retirement. Despite efforts to fill the position, including a LinkedIn ad for the position, the Department of Justice has been unable to find a candidate willing to take the job and try to clean up the embattled federal prison system.

Currently, the U.S. attorney general can simply appoint someone to the position, in contrast to most other federal leadership positions which are appointed by the president and confirmed by the Senate.

Following Carvajal’s retirement, Ossoff joined GOP Leader Mitch McConnell (R-Ky.) in putting forward a bill that would change this, requiring that the federal prisons director be confirmed by the Senate.

When a replacement for Carvajal is found, he or she will face a dire situation.

An investigation by the Associated Press found that a federal detention facility in Dublin, California—one of the few women-only federal prisons—has been dubbed “the rape club” by inmates due to persistent allegations of sexual assault by the mostly male guard and administrative staff.

These understaffing issues have had a palpable effect on safety both within the prisons and outside of them.

At the end of January 2022, a gang clash inside of a Belmont, Texas prison left two inmates dead and spurred a nationwide lockdown of federal prisons.

During the 18 month period from December 2019 to June 2021, a total of 29 inmates escaped from federal prisons across the country. Many of these escapes came from a Texas facility, causing nearby state and local officials to joke that the prison has an “open-door policy.”

Worsening the situation, cameras and other security devices in federal prisons have languished in a state of disrepair, making it easier for inmates to escape undetected.

The death of serial sex trafficker and billionaire financier Jeffrey Epstein, who reportedly committed suicide despite being held under 24-hour suicide watch by federal prison staff, was blamed in large part on malfunctioning security cameras.

In addition, even though guards were supposed to check in on Epstein regularly, and even though Epstein was supposed to be accompanied by a cellmate to keep an eye on him, neither of these precautions were actually carried out. The unlikely death focused the public’s attention on the bizarre string of failures and misconduct that led to his death.

Most Americans did not accept the official story of suicide, which many considered unlikely in view of Epstein’s potentially damning evidence against an assortment of high-ranking officials.

According to a poll by Insider, only 16 percent of respondents thought that Epstein actually committed suicide, while another 45 percent said he was murdered; 39 percent said they were unsure. The death spawned a viral meme captioned “Epstein didn’t kill himself” that has continued to pop up in internet circles since the billionaire’s death.

Over two years after Epstein’s reported suicide, Ossoff introduced legislation to require federal detention facilities to repair their security systems, and that provided federal funds to do so, which the Senate later passed in a bipartisan vote.

More recently the federally-operated detention facility in the District of Columbia—where several defendants charged in connection with the Jan. 6 “Stop the Steal” rally have been held—has faced scrutiny for its treatment of the Jan. 6 defendants. Rep. Marjorie Taylor Greene (R-Ga.) and several other House Republicans said that these defendants have faced “nothing short of human rights violations.”

A recent investigation of the facility by the U.S. Marshall Service, spurred in part by complaints by a Jan. 6 defendant, found that the detention center had “deficiencies,” including evidence that water had been shut off as punishment. It also discovered “large amounts of standing human sewage” across the facility.

These deficiencies led the federal government to move over 400 detainees to separate facilities, but the Jan. 6 defendants have largely been left in the D.C. facility.

The Prison Policy Working Group has not made any reference to these defendants, who most senators have largely avoided discussing.

Members of the group could not be immediately reached for comment.