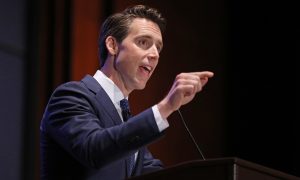 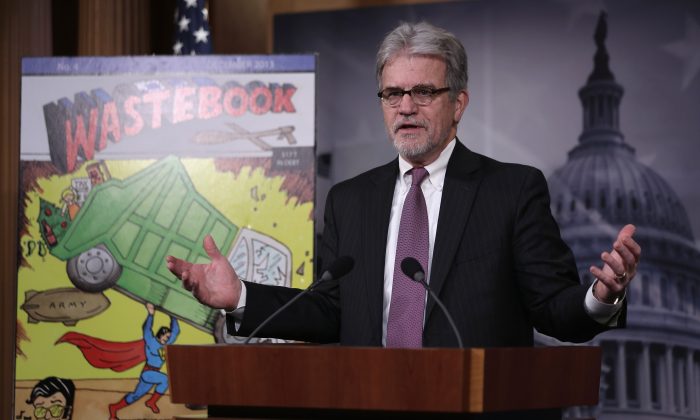 WASHINGTON—A coalition of six Republican and three Democratic senators wants officials to inventory the costs, goals, and performance of all federal programs, then post the resulting database on the internet.

The purpose of the proposal is to “provide taxpayers with an improved understanding of government programs through the disclosure of cost, performance, and areas of duplication among them, leverage existing data to achieve a functional Federal program inventory,” according to the bill’s text.

The proposal is also supported by the Data Coalition (DC), a large group of private sector companies in the technology, data management, and data analyses sectors.

“This is common sense legislation that will enable the American people to know how their tax dollars are being spent and the effectiveness of each program,” Lankford said after the Senate Committee on Homeland Security and Government Affairs approved the bill July 24 and sent it to the full Senate. A final Senate vote hasn’t been scheduled.

A previous version of the bill was approved unanimously by the House of Representatives in 2017, but didn’t pass the Senate. Variations of the proposal have been introduced in Congress since 2011, when Lankford was a member of the House. Lankford’s predecessor in the Senate, Sen. Tom Coburn (R-Okla.), introduced the bill in the Senate that year.

If the proposal becomes law, it would represent the latest advance of an informal bipartisan movement that began early in the 2000s and first saw success with passage of the Federal Financial Accountability and Transparency Act of 2006 (FFATA). President George W. Bush signed FFATA into law.

The FFATA resulted in the creation of USASpending.gov, a federal database that puts about 70 percent of all federal expenditures within a few mouse clicks for anybody with access to the internet.

The FFATA was co-sponsored by Coburn and then-Sen. Barack Obama (D-Ill.), and was pushed by a coalition of advocacy groups led by Gary Bass, then of OMB Watch and now with the Bauman Foundation, and William Beach, then of the Heritage Foundation and now head of the Bureau of Labor Statistics.

Coburn, who served three terms in the House and two in the Senate before retiring at the end of the 113th Congress in 2015, was unofficially known as “Senator No” in the nation’s capital, thanks to his stubborn advocacy of transparency and accountability to combat waste and fraud in federal spending.

Ernst released a statement Aug. 9 saying she supports the proposal because “Iowans deserve to know how their hard-earned money is being spent; that’s just common sense. This bipartisan legislation will bring overdue transparency for Iowa taxpayers and will help identify ways to make our government more efficient.”

Ernst was first elected to the Senate in 2014 on a promise that she would go to Washington to fight the politicians and bureaucrats responsible for wasteful spending, and “make them squeal.” She is seeking a second term in 2020.

The transparency in government movement was also behind the annual report produced by the Government Accounting Office (GAO) since 2011 “to reduce fragmentation, overlap, and duplication in federal spending.”

The GAO—the investigative arm of the legislative branch—has identified more than 800 actions that Congress and the executive branch could take to eliminate duplicative federal programs, the agency said in its 2019 report.

“This has resulted in approximately $262 billion in financial benefits. About $216 billion of these benefits accrued between 2010 and 2018 and $46 billion are projected to accrue in future years,” the agency said.