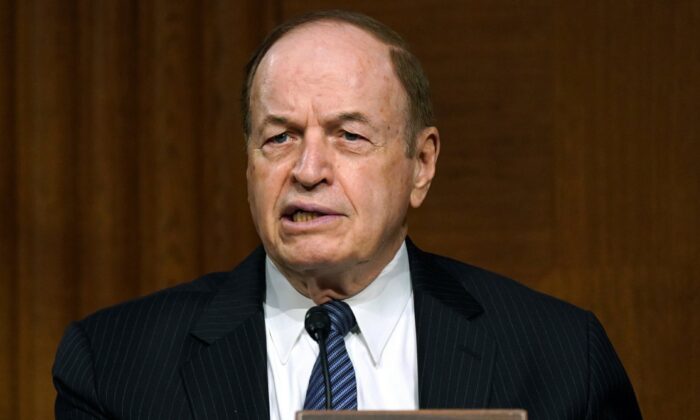 Support is quietly growing across the ideological spectrum on Capitol Hill for measures intended to toughen congressional oversight muscles that have been allowed to atrophy for several decades under majorities of both political parties.

The first beneficiary of the gathering push could be the Government Accounting Office (GAO), the investigative arm of Congress, which has repeatedly requested more resources in recent years, only to be rejected by lawmakers.

A coalition of free-market-oriented conservative nonprofits focused on government reforms told top Republican leaders of the Senate Appropriations Committee in a Nov. 3 letter that “for too long, Congress has neglected many of its constitutional authorities,” and that GAO is the place to start in restoring congressional oversight authority.

“GAO is particularly deserving of increased resources. As the primary congressional watchdog, GAO has historically yielded an enormous return on investment. Spending just $656 million in 2020, the GAO estimated that its ‘work yielded about $77.6 billion in financial benefits—a return of about $114 for every dollar invested,'” the coalition said in its letter.

“As a nonpartisan agency, GAO is also perfectly positioned to provide concrete results during a time of hyper-partisanship and gridlock. Given their track record for effective oversight and substantial savings, Congress should fully fund the GAO’s $744.3 million request for FY 2022.”

The letter was addressed to Sen. Richard Shelby (R-Ala.), the ranking Republican member of the appropriations committee, and Sen. Mike Braun (R-Ind.), the top GOP member of the panel’s subcommittee on the legislative branch.

Members of the coalition include Zach Graves, head of policy for the Lincoln Network, Jonathan Bydlak, director of the governance program for the R Street Institute, Berin Szoka, president of TechFreedom,  Jon Schweppe, director of policy for the American Principles Project, Kevin R. Kosar, senior fellow at the American Enterprise Institute (AEI), Roslyn Layton, co-founder of China TechThreat, and Jason Pye, director of rule of law initiatives at the Due Process Institute. The letter signers did so as individuals, not as official spokespeople for their employing organizations.

Leaders of liberal-oriented nonprofits interviewed by The Epoch Times on Nov. 8 also expressed support for the call to increase GAO’s budget.

Daniel Schuman, policy director for Demand Progress and the Demand Progress Educational Fund, said that “increasing funding on the GAO is one issue where everyone should be able to agree, with a mission focused on reducing government waste and a 100-to-1 return on investment.

“Sadly, the agency has suffered significant funding cuts over the last three decades, so a relatively modest restoration of its funding levels will yield benefits measured in the billions,” Schuman said.

Similarly, Project on Government Oversight’s (POGO) Tim Stretton told The Epoch Times that “for far too long, Congress has failed to properly increase their capacity to do oversight of our sprawling federal government by not adequately investing in the Government Accountability Office.”

Stretton, who directs POGO’s Congressional Oversight Initiative, observed that “given the trillions of dollars in new spending as a result of the ongoing pandemic, a boost in funding for this congressional watchdog couldn’t come at a better time.”

Conservative veterans of congressional staffs and executive branch appointments also lauded the push. Robert Moffit, a senior fellow at the Heritage Foundation, told The Epoch Times that “at a time of intense political polarization and growing public distrust fueled by transparently partisan ‘talking points,’ Congress today needs GAO to help fulfill its primary constitutional responsibilities. Ultimately the job of Congress, as [founder James] Madison envisioned it, is the formulation of public policy based on a rational deliberation among the elected representatives of the American people.”

And similarly, Brian Darling, former senior counsel to Sen. Rand Paul (R-Ky.), said GAO is “is the one government institution that needs more money to save taxpayer money. More Congressional oversight of resources is needed to put a dent in our national debt fast approaching $30 trillion.”

In their letter to Shelby and Braun, the coalition members pointed to the aggressive use of executive orders (EO) by President Joe Biden as a key justification for reviving and strengthening congressional oversight capacities.

“The proliferation of executive action under the Biden administration makes it all the more important that Congress work to restore the balance of powers and reign in executive overreach,” the letter-signers wrote.

“In his first 100 days, President Biden signed a record 42 executive orders, and has signed a total of 66 EOs during his first year in office. Many of these EOs, especially those regarding health care and energy, should have been considered through a democratic, legislative process rather than being implemented through executive fiat. Congress should make it a priority to provide the resources necessary to effectively counterbalance this increase in executive action,” the letter stated.

“In spite of the fact that our country faces a $3 trillion budget deficit for 2021—three times that of 2019—it is clear that Congress intends to continue spending at radical levels.” With multiple new programs being established, the need for stronger congressional oversight becomes even more important, according to the letter.

“If Congress is intent on continuing to spend with reckless abandon, it should at least commensurately fund its oversight and legislative capacities within the existing funding levels,” the coalition writers concluded. “Rebuilding Congress to its former strength and reasserting its constitutional role is essential to a proper and accountable government.”

“Retaining experienced staff is essential to promoting effective legislating and oversight, and a lack of investment in staffing has enabled the transfer of many Article I authorities to the Executive Branch. If Congress is to stand up to the administrative state without being outmanned and outgunned, it must invest in the staff that brings the experience and authority required,” the coalition stated.