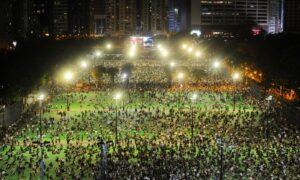 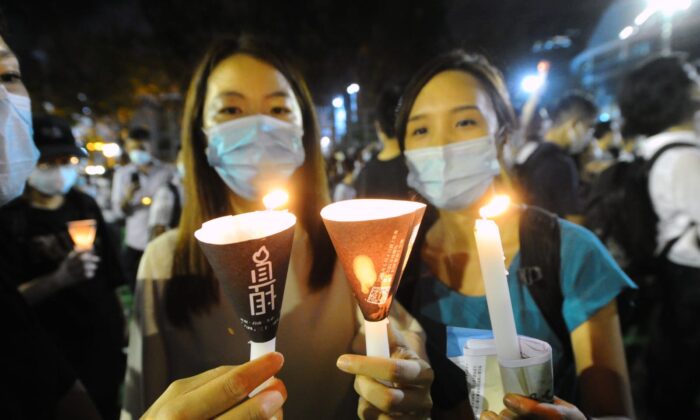 “As national security legislation is being imposed in the city [Hong Kong], we stand in solidarity with the people of Hong Kong and call on the [Trump] Administration to use all diplomatic means, including targeted sanctions, to protect Hong Kong’s rule of law and freedoms,” said James McGovern (D-Mass.), according to a press release from the Congressional-Executive Commission on China (CECC).

Beijing adopted the national security law after a ceremonial vote on May 28, which opens the door for China’s security agencies to set up operations in Hong Kong. The law will be implemented in Hong Kong after Beijing is done drafting details of the legislation.

In response to the security law, President Donald Trump has announced measures to reassess ties with Hong Kong, such as revoking Hong Kong’s special trading status with the United States.

The resolution stated that the legislation signals a “violation of China’s commitment to the People of Hong Kong to honor ‘one country, two systems,” while dealing “a severe blow to the city’s autonomy.” Beijing promised to rule Hong Kong under the “one country, two systems” framework upon the territory transfer from British to Chinese rule in 1997.

U.S. lawmakers noted that China has been using its own national security law to imprison and arbitrarily detain people such as dissidents and rights defenders in the mainland.

The resolution also condemned the mass arrests of Hong Kong democracy activists in April, and commemorated victims of the 1989 Tiananmen Square Massacre in China.

“With this resolution, we solemnly remember the Tiananmen massacre because there is still no justice for those who lost their lives or suffered imprisonment and torture for peacefully seeking freedom and reform,” said Smith in the press release.

The 1989 pro-democracy protests, which the Chinese regime brutally suppressed, are a taboo subject in mainland China. To this day, Beijing has not disclosed how many were killed during the crackdown.

“The Chinese Communist Party’s slaughter of unarmed Chinese civilians was a tragedy that will not be forgotten,” said the White House in a statement released on Thursday. It then called on Beijing to “provide a full accounting of those who were killed, detained, or remain missing” in connection with the massacre 31 years ago.

On Thursday evening, thousands of Hongkongers defied a police ban to hold their annual candlelight vigil to commemorate the Massacre. The police banned the event citing concerns about the spread of the CCP virus.

Joshua Wong, secretary-general of the local pro-democracy party Demosistō, expressed worries about the city’s future after Beijing’s decision, “unilaterally imposing the draconian” national security law on Hong Kong, he said in a series of tweets on Thursday.

Wong explained that it could mean that locals would no longer be allowed to publicly talk about the massacre or hold the vigil once the law was implemented. He added that arbitrary arrests and censorship would become “ubiquitous” in the city.

Lee Cheuk-yan, chairman of the Hong Kong Alliance in Support of Patriotic Democratic Movements of China, the organizer behind the annual vigil, also expressed concerns about the law, while speaking via video conferencing at a congressional hearing on Thursday.

“It is sad to announce to the world Hong Kong is now ‘One Country One System.’ The rule of law that we are proud of…[has] become rule by law and rule of fear,” Lee said.

Lee pointed to the four offenses outlined in the law—subversion, secession, foreign intervention, and terrorism—and how these crimes “are very vague and poorly defined in China.”

For example, Lee said pastor Wang Yi was sentenced to nine years in prison in December 2019 for “inciting subservience of state power” because he stood up for religious freedom.

“China’s violent repression of dissent was wrong in 1989 and it’s still wrong today as they persecute Uyghurs and crackdown on Hong Kong’s autonomy,” said Feinstein, in a press release. Uyghur Muslims in China’s Xinjiang region are heavily monitored and suppressed by authorities.

Finally, the resolution called on Hong Kong leader Carrie Lam to allow Hongkongers to exercise their freedoms, including speech, press, assembly, and assembly, as guaranteed under Article 27 of the city’s mini-constitution, the Basic Law.