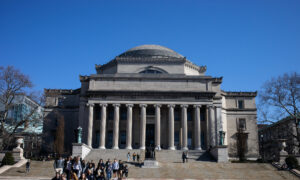 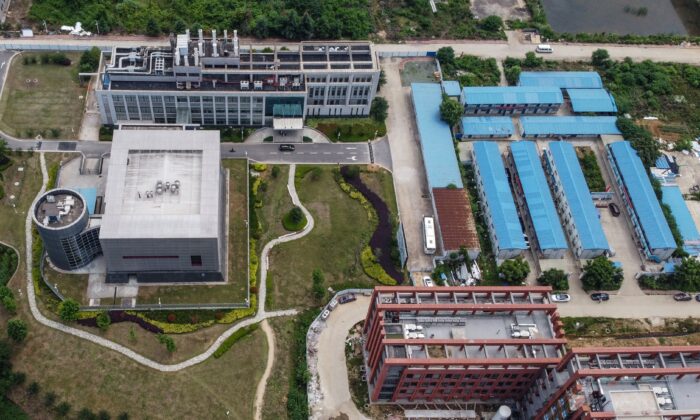 The P4 laboratory on the campus of the Wuhan Institute of Virology in Wuhan, Hubei Province, China, is seen on May 27, 2020. (Hector Retamal/AFP via Getty Images)
Pandemic Ties to CCP

A bipartisan group of senators is calling on President Joe Biden to make sure the United States completes a “thorough review” of U.S. funding for Chinese virus research.

“The United States must complete a thorough review of existing and prior U.S. government support or funding for research collaboration with the PRC [People’s Republic of China] related to gain-of-function, synthetic biology, biotechnology, or other research areas that pose dual-use concerns,” the senators wrote in a July 27 letter to Biden.

No U.S. taxpayer money should go toward supporting collaboration with Chinese entities that pose risks for the United States, the lawmakers wrote, noting that China has “demonstrated lax biosecurity standards, violated the International Health Regulations (2005), attempted to steal intellectual property related to COVID-19 vaccines, and may be in violation of the Biological Weapons Convention.”

A formal review should analyze any direct or indirect U.S. taxpayer funding or engagement with China-based entities, including the Wuhan Institute of Virology, the top-level laboratory located blocks away from where the CCP (Chinese Communist Party) virus was initially reported in late 2019. The review should also look into whether funding went to gain-of-function research or other forms of research related to viruses, pathogens, and toxins, including during the U.S. moratorium on such research from 2014 to 2017, the senators wrote.

Such a review is crucial, as are efforts to probe the origins of the COVID-19 pandemic, they said.

Citing experts they spoke with, Republicans recently found that the CCP virus likely originated in the Wuhan Institute of Virology and that U.S. agencies, including the National Institute of Allergy and Infectious Diseases, are probably still involved in funding dangerous research in China.

The National Institute of Allergy and Infectious Diseases, headed by Dr. Anthony Fauci, sent tens of thousands of dollars to the lab in recent years through an intermediary group, EcoHealth Alliance.

Some have said the research funded by the money constituted gain-of-function research, though Fauci vigorously denies the claim.

Sen. Rand Paul (R-Ky.) sent a criminal referral of Fauci to the Department of Justice last week over the denial, charging that the research in question was gain-of-function research and that Fauci lied about it to Congress.