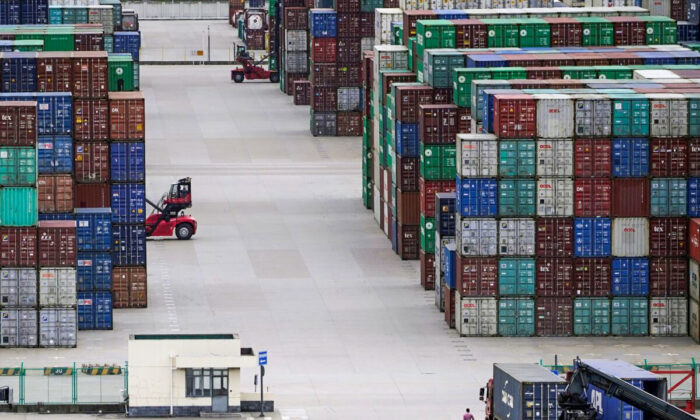 In a rare show of bipartisanship highlighting increasing awareness of the dangers China poses to U.S. national security, a Republican and a Democrat in the House of Representatives are teaming up to introduce a bill to counter coercive economic practices by the largest remaining communist state.

The bill would introduce a new interagency task force specifically focused on combating economic coercion by the adversary.

The lawmakers cited the Chinese Communist Party’s (CCP) broad use of “informal or extralegal” measures to punish those who do not comply with its wishes rather than using formal legal measures like sanctions or restrictions on investments.

One of these occurred in 2010 when the CCP—which controls huge deposits of rare earth metals needed for a variety of technological and industrial applications—stopped shipment of these metals to Japan, a close U.S. ally.

Another instance of the CCP’s “economic coercion” dragged out for over half a decade, this time targeting Norway. Liu Xiaobo, imprisoned by the CCP for opposition to the regime, was awarded a Nobel Peace Prize in 2010 by an independent panel in the country.

China quickly responded with a freeze on diplomatic relations; More pressingly for the fishing-rich country, the CCP put an embargo against all Norwegian salmon exports.

This embargo dragged out until 2016 when the government of Norway pledged to the CCP that they would not “support any actions that undermine” China’s core economic and political interests. Further, the state of Norway, despite not being involved in the Nobel Prize process, acknowledged that its actions had harmed “mutual trust” between the two nations.

China did much the same to the U.S.-adjacent Philippines in 2012, when they blocked Philippine banana exports over continuing territorial disputes in the South China Sea.

Again in 2016, the CCP retaliated against Mongolia for hosting the Dalai Lama by raising duties on imports from the landlocked country, intentionally causing delays at a major border crossing between China and Mongolia, and canceling loan negotiations with the government.

One of its most harmful acts of economic coercion was exercised against South Korea, one of the closest U.S. allies in the region. In response to continuing nuclear threats from North Korea’s China-aligned dictator Kim Jong Un, the U.S. helped South Korea to establish a nuclear defense system.

China lashed out with a list of sanctions on the country. The CCP put restrictions on South Korean cultural exports like films, music, and video games, banned the sale of certain South Korean-made products like cosmetics, air purifiers, and food, dramatically reduced tourism between the two nations, and targeted Lotte, a South Korean firm operating in China, by denying permits to build new factories or warehouses; The communist state even went so far as to target the firm’s website in a cyber attack.

In view of the economic hardball by the CCP, the bill determines that an interagency task force called the “Countering Economic Coercion Task Force” (CEC) should be established.

The CEC would seek to achieve this by working with U.S. allies as well as the private sector, which Bera and Wagner call “a crucial partner” in the struggle.

In consultation with allies, the CEC would “identify, assess, and respond to [CCP] coercive economic measures.”

Demonstrating the broad scope that Bera and Wagner foresee for the CEC, the task force would be led by a slew of executive branch personnel, including the heads of the U.S. Departments of State, Commerce, Treasury, Justice, Agriculture, as well as by the National Intelligence Director, and by representatives from the Office of U.S. Trade and the Securities and Exchange Commission, among others.

The task force would also “effectively engage the United States private sector,” giving special attention to those particularly vulnerable to CCP threats. The intimate involvement of the private sector in the proposal, which gives the private sector a rarely influential role in foreign policy decisions, indicates a recognition that poorly-formulated plans could result in economic harm if China should retaliate, which it has already shown itself more than willing to do.

The bill shows increasing agreement among members of Congress that China poses a significant threat to U.S. national security, a threat that Bera and Wagner have been insistent upon well before the introduction of this bill.

The proposal comes as a global semiconductor shortage has raised fears among researchers that China may attempt to invade or coerce Taiwan, which produces most microchips in the world, in order to end the shortage within Chinese borders.

Currently, the bill is still in its infancy, and has not drawn comments from other lawmakers.