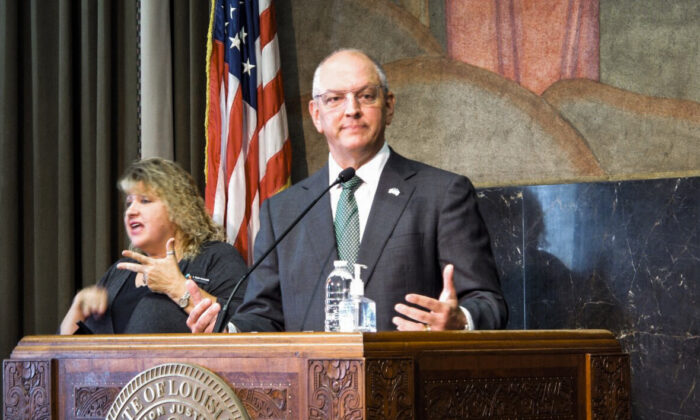 Following the landfall of the monstrous Category 4 Hurricane Ida into Louisiana, a bipartisan delegation of U.S. representatives and senators from Louisiana have sent a request to President Joe Biden for disaster relief funding.

At sustained wind speeds of 150 mph, Ida was among the most severe hurricanes the region had ever experienced.

The letter continues: “[Ida caused] catastrophic wind damage and flooding in numerous parishes … leaving nearly 1,000,000 people statewide without electricity. At this time, many communities remain without access to drinking water, food, gasoline, and basic needs, while temperatures remain in excess of 100 degrees.”

On Sunday, Louisiana Governor John Bel Edwards requested that the president declare a major disaster, a request that Biden readily complied with.

The delegation continued that even days after the landfall of the storm, “the full extent of Louisiana’s damages have not yet been determined and will likely not be fully known until after immediate matters of public safety are addressed.”

Because of this, the congressmen write, “we are writing you now to alert you to the need for Congress to provide emergency supplemental appropriations to address Hurricane Ida and [other] storms from last year, as was done following Hurricane Katrina. Without substantial and robust appropriations from Congress … Louisiana families will continue to languish as a result of these devastating storms.”

Following Hurricane Katrina, Congress appropriated billions in emergency funding to relevant emergency response governmental agencies. The delegation requested a similar appropriation to deal with the aftermath of Ida. The congressmen concluded in the letter that they “remain ready to work together on legislation needed to provide emergency supplemental assistance.”

On Monday, Biden told the governors of Mississippi and Louisiana that the federal government would do everything in its power to address the crisis. “We’re there to help you get back on your feet,” Biden said during that meeting. “People in Louisiana and Mississippi are resilient, but it is in moments like these that we can see the power of government to meet the needs of people and respond to people, if government is prepared to respond. That is our job.”

As part of this response, the federal government has mobilized 5,000 National Guardsmen across the southeastern states. To address severe damages to the two states’ power grids, the government has also sent over 25,000 electrical crews and linemen to the region.

To address cell phone outages, Biden’s Federal Communications Commission is working with major cell service providers to allow people in affected regions to use any available roaming services in the state.

Still, to address the Louisiana delegation’s request for emergency funding, Congress will need to convene. Following Hurricane Katrina, such a session was called. At the time of publication, no such session has yet been prepared.

Generally, subcommittees of the House and Senate Committees on Appropriations produce 12 appropriations bills per year. The Louisiana delegation is now asking for a thirteenth.

On Thursday, the House met for work within committees, but is not set to return again until Sept. 9. It is still unclear whether such an emergency session will be called as Democratic leadership already faces a slew of harsh legislative deadlines before the end of the month.