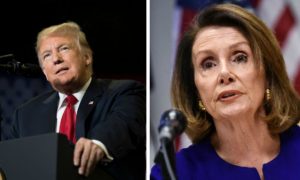 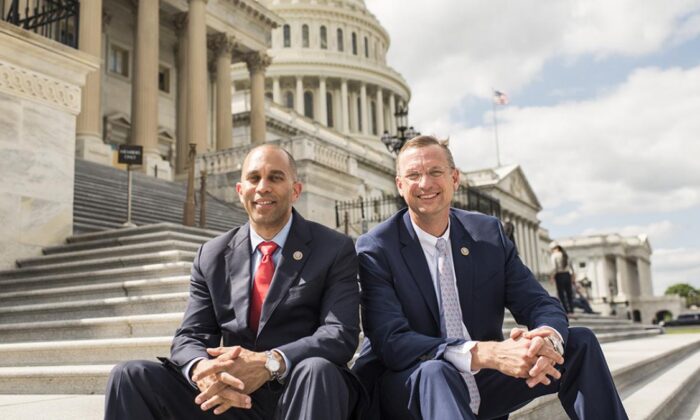 Representatives Hakeem Jefferies (D-N.Y.) and Doug Collins (R-Ga.), in Washington in 2018. (Courtesy of jefferies.house.gov)
US News

Each year, the honor goes to lawmakers “whose achievements advance the public interest without regard to political affiliation.” The event recognizes the tireless work of elected representatives who overcome the often crippling partisan gridlock. Reaching across the aisle has always been an issue in Congress, but has gotten to a feverish level in the current political environment.

At Wednesday’s event, Senator Todd Young (R-Ind.) and John Lugar, Senator Lugar’s son and the Executive Director of the Lugar Center, paid tribute to late Senator Lugar for his fierce commitment to finding solutions for the American people over party affiliation.

John Lugar said of his father, “he believed elected officials had the duty to build unity.” And that unity is what he always focused on throughout his career as he worked with his Democratic Colleagues.

Amid the extreme polarization of our government, Representatives Jefferies and Collins were able to not only co-sponsor the First Step Act, but were able to fight until the bipartisan criminal justice reform bill passed the House 360-59 and became law.

The First Step Act aims “to transform lives by providing access to the mental health counseling, education, vocational services, and substance abuse treatment needed to help incarcerated individuals get back on their feet and have a second chance.”

Jefferies and Collins agreed it was the nurturing and growing mutual trust through respectful debate that helped them achieve the bipartisan legislative successes like the First Step Act.

Kevin McCarthy said about Jefferies and Collins’s effort with the First Step Act, “together they were relentless.”

The Congressmen were asked why more lawmakers don’t reach across the aisle. To that Collins replied, “It’s easy to stay where you are comfortable.”

Jefferies said Collins made a conscious and brave effort to bring members of the judiciary committee together to find common ground and develop rapport.

The two further discussed how they were able to develop trust over time and realized they had a shared faith and that the other would do the right thing.

“Our faith connects us,” said Collins. Jefferies spoke about his Baptist background and respect for religion. It was the idea of “redemption” that helped them craft the First Step Act, said Jefferies.

Carla Javits of the Javits Foundation told the audience that Senator Lugar emphasized compromise as a key principle to get legislative results for the American people.

Jefferies and Collins also spoke about the necessity of compromise in working across party lines. “You have to compromise,” said Collins.

The three honorees and all lawmakers who were able to break through party lines and pass life-changing legislation did not only look to the opposing party to compromise but first sought to give and understood the true nature of negotiation.

A June Pew Research Study examined how Republicans and Democrats regard compromise and respect as important guiding values for their elected officials.

“Republicans and Democrats both like the idea of compromise in principle and place great importance on the opposing party making compromises with members of their party. But much smaller shares say it’s very important for politicians in their own party to compromise.”

”A sizable majority of all U.S. adults (68 percent) say it’s very important that elected officials treat their political opponents with respect; another 24 percent say this is somewhat important. Democrats and Democratic-leaning independents (72 percent) are somewhat more likely than Republicans and Republican leaners (63 percent) to place high importance on this quality in politicians generally.”

Yet both Republicans and Democrats place much more importance on officials from the other party acting respectfully toward political opponents than on members of their own party doing the same.