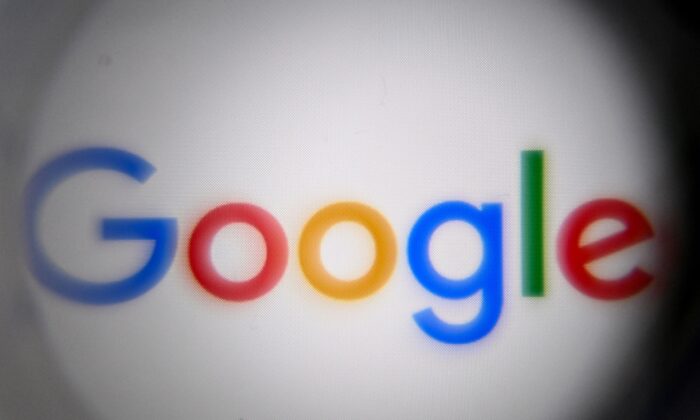 The US multinational technology and Internet-related services company Google's logo on a smartphone screen in Moscow shows on Nov. 8, 2021. (Kirill Kudryavtsev/AFP via Getty Images)
US

Something rarely seen these days in Congress is about to happen. A major piece of legislation with bipartisan support that seeks to help people in China and America evade digital censorship is about to be voted on by the full Senate.

Democrats and Republicans on the Senate Judiciary Committee voted to send the Open Apps Market Act of 2022 to the floor with a favorable recommendation for a final vote on passage. The vote hasn’t yet been scheduled, according to a spokesman for Sen. Marsha Blackburn (R-Tenn.), one of two principal co-sponsors.

Only two committee members, Sen. John Cornyn (R-Texas) and Sen. Thom Tillis (R-N.C.), opposed the motion to report the proposal to the floor with a favorable recommendation.

A similar proposal was introduced in the House of Representatives with bipartisan support last year, co-sponsored by Rep. Hank Johnson (D-Ga.) and Rep. Ken Buck (R-Colo.). The House hasn’t yet voted on the Johnson-Buck measure.

Blackburn said in a statement emailed to reporters: “The passage of the Open App Markets Act out of the Senate Judiciary committee brings us one step closer to having this legislation signed into law. This bill will let people download apps directly from outside companies rather than being forced to go through official app stores. In China, it will help citizens circumvent Beijing’s strict internet censorship.”

The Chinese Communist Party (CCP) rigorously censors what internet products and sites consumers in China can access. Those that aren’t approved by Party operatives are either barred or forced to submit to censorship prior to consumer access.

Sen. Richard Blumenthal (D-Conn.), who originally introduced the proposal in the Senate, said in Blackburn’s statement that “breaking Apple and Google’s ironclad grip on the multi-billion dollar app market will stop their predatory fees on consumers, and barriers to start-ups and rivals.”

“This bill will lower charges and spur innovation while preserving privacy and security,” he said. “Despite self-interested opposition, our bipartisan success reflects the American public’s view that the online app market is exploited by monopolistic gatekeepers—and needs reform.”

Google and Apple, the two main companies affected by the measure if it becomes law, would be barred from using an in-app payment system they or any of their business partners own, as a condition of being distributed through a digital app vendor or accessible on an operating system; requiring as a term of distribution in a digital app store that pricing terms or conditions of sale be equal to or more favorable on its app store than the terms or conditions under another app store; or taking punitive action or otherwise imposing less favorable terms and conditions against a developer for using or offering different pricing terms or conditions of sale through another in-app payment system or on another app store.

Google and Apple are both reportedly opposed to the Open Apps Market Act. The proposal is supported elsewhere.

Neither Apple nor Google responded to The Epoch Times’ request for comment.

Mike Davis, founder and president of the Internet Accountability Project, said in a statement after the judiciary panel vote: “Google and Apple, which have a combined market capitalization of $4 trillion, control 99 percent of the app marketplace and use their gatekeeper control to their own advantage at the expense of smaller companies and start-up apps. We saw their duopoly in action just last year with the swift, politically motivated takedown of Parler.

“Innovation and competition die at the hands of these tech giants, with consumers and small businesses suffering the brunt of their overwhelming power. This unequal playing field cannot stand any longer. Nearly 90 percent of developers favor legislation promoting a level playing field in the app marketplace. The Open App Markets Act would finally allow small businesses to compete with the behemoths of Big Tech.”

The Coalition for App Fairness called the committee action “a historic step toward competition in the app marketplace.”

“This bipartisan, bicameral legislation will hold gatekeeper platforms accountable, increase fair competition, and benefit consumers across the nation with greater choice and innovation,” it stated.

A survey of 190 app developers for the coalition in January found that 86 percent of those surveyed support the Open Apps Market Act.