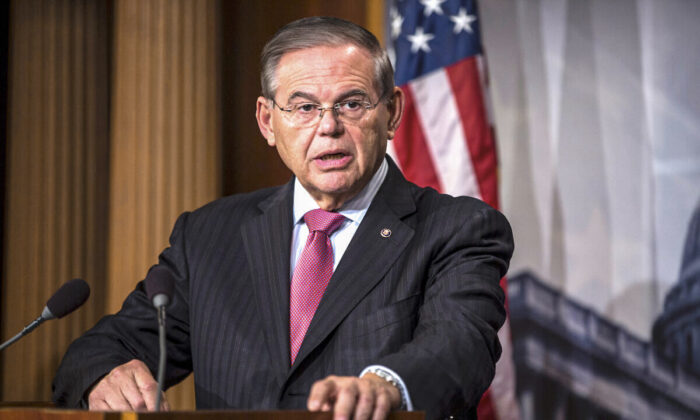 Senators introduced a bipartisan measure on Wednesday seeking to secure admission for Taiwan at the Inter-American Development Bank as a non-borrowing member.

The bill would require the State Department to provide Congress with a strategy to secure diplomatic support for Taiwan’s membership as a non-borrowing member of the Inter-American Development Bank. It would be a promotion from the self-ruled island’s current observer status.

It comes amid multiple ongoing efforts in Washington to bolster Taiwan, as tensions escalate between the democratic-ruled island and communist China.

The legislation “reaffirms the U.S.’ full support for Taipei’s broader international engagement” in the face of increasing aggression from the Chinese Communist Party, which “has for decades coerced the international community into denying Taiwan’s rightful participation in various multilateral fora,” the lawmakers said in a release.

Taiwan plays an important role in the western hemisphere and contributes to the economies in Latin America and the Caribbean, the lawmakers said.

“We are committed to continue working to ensure the United States does everything in its power to champion Taiwan’s international engagement and demonstrate our unwavering commitment to the people of Taiwan,” Menendez said in a statement.

China in early October had almost 150 of its military planes fly over Taiwan’s air-defense zone in repeated air missions over several days, a move the United States condemned.

President Joe Biden on Wednesday told a summit of East Asian leaders that the United States is “committed to Taiwan” and called the Chinese regime’s military actions “coercive” and a threat to peace and security.

It follows remarks Biden made last week a televised town hall where he answered in the affirmative when asked whether he would vow to protect Taiwan if China attacks. “Yes, we have a commitment to do that,” he said.

Under the Taiwan Relations Act from 1979, the United States has an obligation to provide Taiwan with the means to defend itself. The Chinese regime views Taiwan as its own territory to be taken by force, if necessary.

Separately, Sen. Rick Scott (R-Fla.) on Wednesday urged Biden to publicly invite Taiwan to the White House Democracy Summit to “show the world” that the United States “unapologetically” stands with Taiwan. The virtual Summit for Democracy scheduled for Dec. 9–10 will bring leaders from government, civil society, and the private sector to discuss challenges facing the world’s democracies, and have leaders commit to defending democracy and human rights, and resisting authoritarianism and corruption.

“I urge you to quickly and publicly invite Taiwan to participate in the December summit, and to the follow-up summit next year,” Scott said in his letter to the president, later adding, “Inviting Taiwan will show a strong commitment to freedom and democracy, and will serve as a stinging rebuke to communist China’s aggression and disturbance of the peace.”