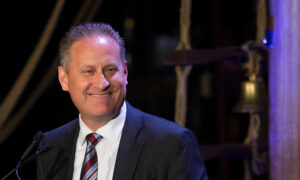 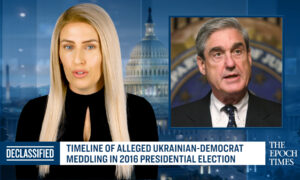 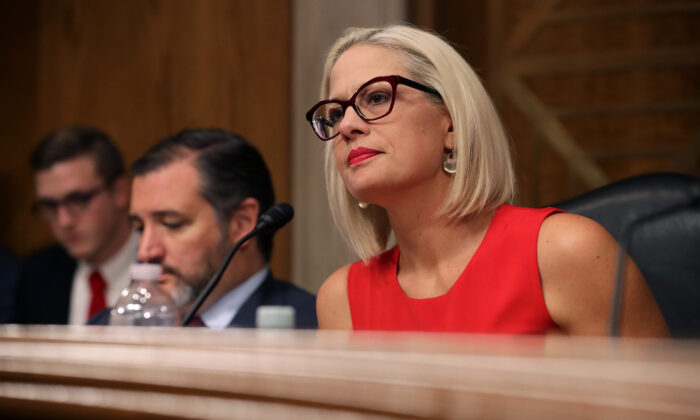 Sen. Kyrsten Sinema during a hearing in the Dirksen Senate Office Building on Capitol Hill in Washington on May 14, 2019. (Chip Somodevilla/Getty Images)
Politics

WASHINGTON—Parents of infants under 1 year of age or adopted children of any age could receive in advance up to $5,000 of their child tax credit to help cover expenses under a bipartisan bill introduced Dec. 4.

“This does not raise taxes, and it does not have mandates. We give options to the parents,” Cassidy said during the news conference.

“And what we have done is, we allow a family having a newborn or adopting to pull forward some of that benefit, so that the family, instead of getting $2,000 that first year, can get $5,000.”

“They can take that $5,000 and use it for income replacement if they decide to stay home, or if they need to return to work, they can use it for child care.”

Sinema said, “If a family already gets paid leave through their employer, they could choose to use this $5,000 for supplies, for child care, for purchasing cribs, for taking additional time off beyond what their employer provides.”

“One of the things about the bill that is important is that it is entirely optional. If the family chooses to bring that $5,000 into their home for that first year of life, they will continue to get their child tax credit in the 10 years that follow, just a slightly smaller amount,” she said.

The advanced credit would be repaid out of the working parent’s salary in $500 increments or in larger amounts if that option is chosen.

Low-income earners who don’t qualify for all of the child tax credit can also elect to receive a benefit adjusted to 100 percent wage replacement for a period of three months.

Allred said he discovered earlier this year that Congress itself does not have a family leave policy.

“Earlier this year, I took a leave from Congress as my wife and I had our first child,” Allred told the conference. “It was important for me to be there for the birth of my son. I was raised by a single mother, and I know how important it is to have, and to be in your child’s life.”

“We have to do more to support working families. Studies show that when parents take that crucial time to be with their new babies, it leads to better outcomes for everyone.”

Allred said the bill complements policies adopted by numerous local governments, including several in his Dallas-area congressional district and elsewhere in the North Texas region.

“Paid leave is a bipartisan issue, and our proposal is pro-family, it’s pro-business, and it’s pro-21st-century economy,” Stefanik said.

“We know that working families today are very different from working families a generation ago or even 10 to 20 years ago. And we need to make sure our policies keep pace with the 21st century workforce.”

Sinema said the bill was the product of more than six months of effort in collaboration among the co-sponsors and representatives of President Donald Trump, nonprofits, and family advocacy groups.