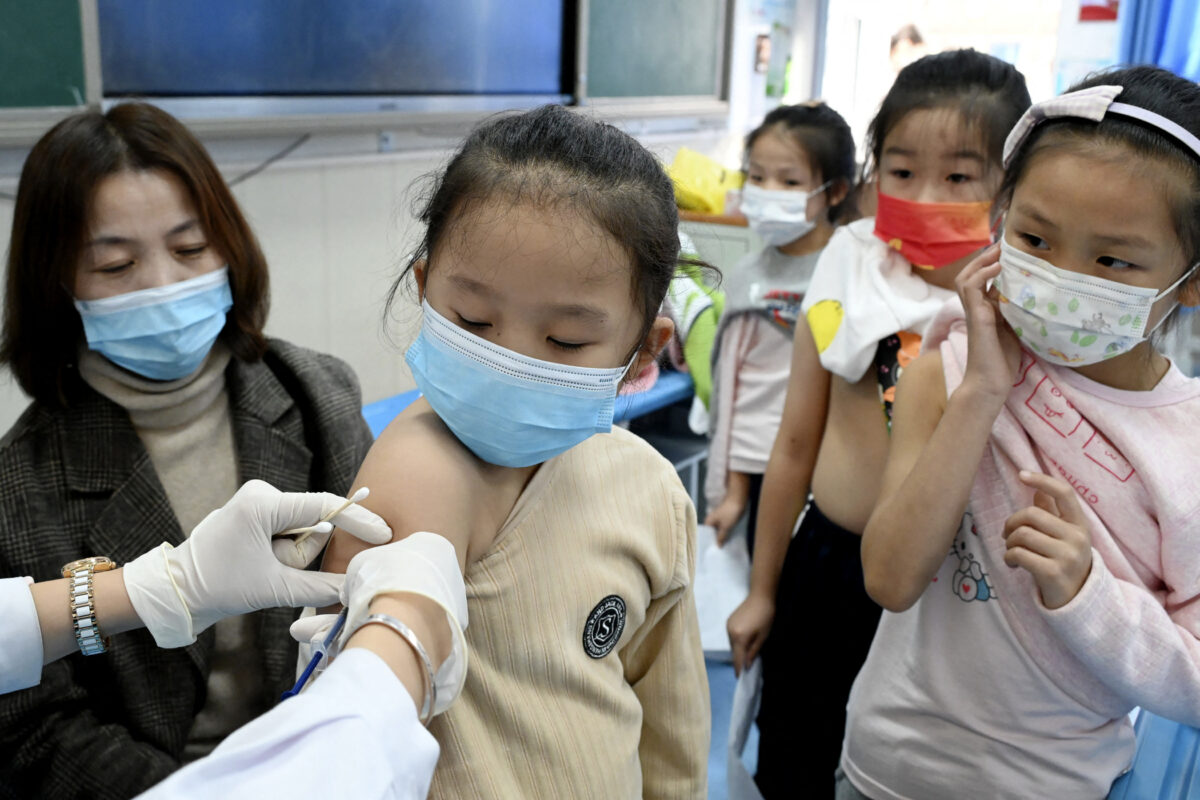 A child receives the COVID-19 vaccine at a school in Handan, in China's northern Hebei province on Oct. 27, 2021, after the city began vaccinating children between the ages of 3 to 11. (-/AFP via Getty Images)
Vaccines & Safety

The BioNTech and Sinovac vaccines are significantly less effective against Omicron subvariants BA.4 and BA.5 compared to the original virus strain, according to a new study.

BA.5 is currently the predominant COVID-19 variant worldwide, although BA.2 and BA.4 are also circulating globally. The study was published in the Journal of Clinical Virology.

The team cited previous research showing that an antibody level of 25.6 is required to prevent symptomatic infection.

“Either BioNTech or Sinovac was found with antibody levels falling against the BA.4 and BA.5 virus variant of COVID,” said Leo Poon, a professor and head of the Division of Public Health Laboratory Science at HKU.

According to Poon, the data reflect BA.4 and BA.5 having stronger immune escape ability. People who have taken three shots of vaccine or have been infected with COVID-19 are both likely to be infected.

However, the mixed immunity brought by the vaccine and the infected virus produced higher levels of antibodies against BA.4 and BA.5 than other groups, which had a certain effect on preventing the infection of variant virus strains.

“Both types of vaccines can contribute to reducing the risk of death and appearing serious symptoms when people were infected with COVID if they were triple-vaccinated,” Poon said.